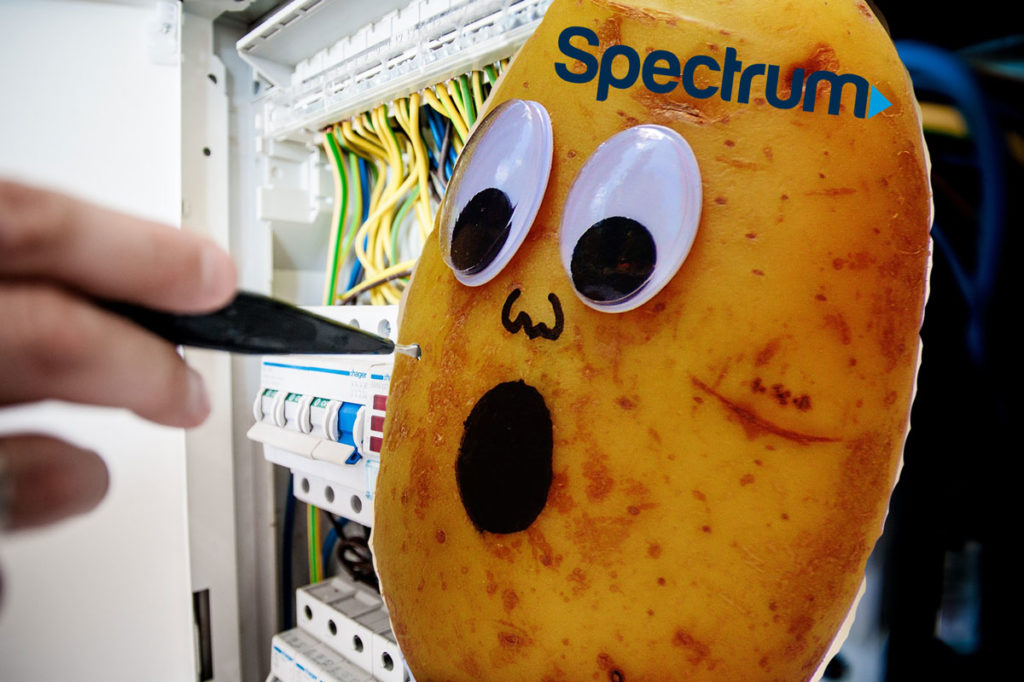 After numerous complaints, federal investigators discovered that Spectrum’s self-described ‘Fiber-Rich’ internet network has actually been a series of wires connected to a potato in the room of a Carrollwood 6th grader.

“I’m pretty sure I could create a more reliable internet service with a free Saturday, $7, and an erector set,” said Frontier spokesperson, who stopped me while I was shopping at Walmart, Carlos White. “Spectrum delivers reliable internet like I play the french horn.”

“Do you play the french horn well?” I asked.

“Not as well as I’d like after the amount of time and money I’ve spent on it.” White then tried to sell me on a new internet package, but I told him I live off the grid and no longer need the internet.

A Spectrum spokesperson neither confirmed nor denied the accusations of their networks infrastructure, choosing instead to raise rates and offer lower speeds.