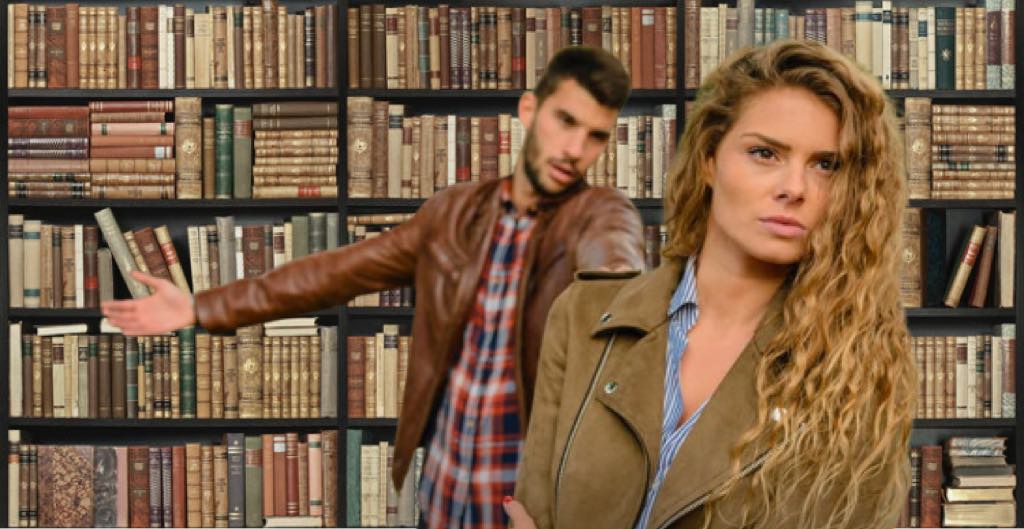 Keith Umbrage and Mandy Speppers of St. Petersburg have broken up with Speppers moving out, ending a 2-year-long romantic relationship.

“That’s it, I’ve had it. I’m outta there. He’s ridiculous”, said Speppers as she loaded a bag with clothes and personal items into her 2016 Mazda CX-3.

Apparently, the breakup was caused by a heated argument between the two of them after Speppers gave Umbrage a Valentine’s Day card at dinner Sunday night.

“It said ‘Happy Valentines Day’ and I just pointed out to her that there should be an apostrophe”, said Umbrage. “You’d think she’d want to know the correct wording.”

“He is such a jerk. Apostrophes? Who cares? Keith Umbrage, that’s who”, said Speppers. “It was just a dumb, cute card but he turned it into yet another chance to show how smart he is and how dumb I am.”

“That’s kind of understating it, which is typical for Mandy”, said Umbrage. “All I said to her was, the word ‘Valentine’s’ in the name of the holiday is a possessive proper noun, while the word ‘valentines’, which refers to the cards we send and receive, is a plural common noun. ‘Valentine’s Day’ has the possessive apostrophe because it’s a saint’s day. In Latin, Valentinus was the name of two early Italian saints, both of whom are commemorated on February 14th. Published references in the Oxford English Dictionary indicate that the phrase ‘Valentine’s Day’ was first recorded in about 1381 in Geoffrey Chaucer’s Middle English poem The Parlement of Foules: ‘For this was on seynt Volantynys day / Whan euery bryd comyth there to chese his make.’ Of course, as everyone knows – or should know, Mandy! – in Middle English, possessive apostrophes were not used.”

“That’s all I did!”, he added. “Oh, and I also mentioned that the actual, proper name of the holiday is ‘St. Valentine’s Day’. You’re welcome, Mandy.”

“Yeah, she would do that all the time, Grammar Nazi, Punctuation Nazi, Nazi this, Nazi that. And I’d finally had enough. As someone who’s educated and speaks properly, that’s really offensive”, he said. “Also, as I am an actual Nazi, it’s really offensive.”