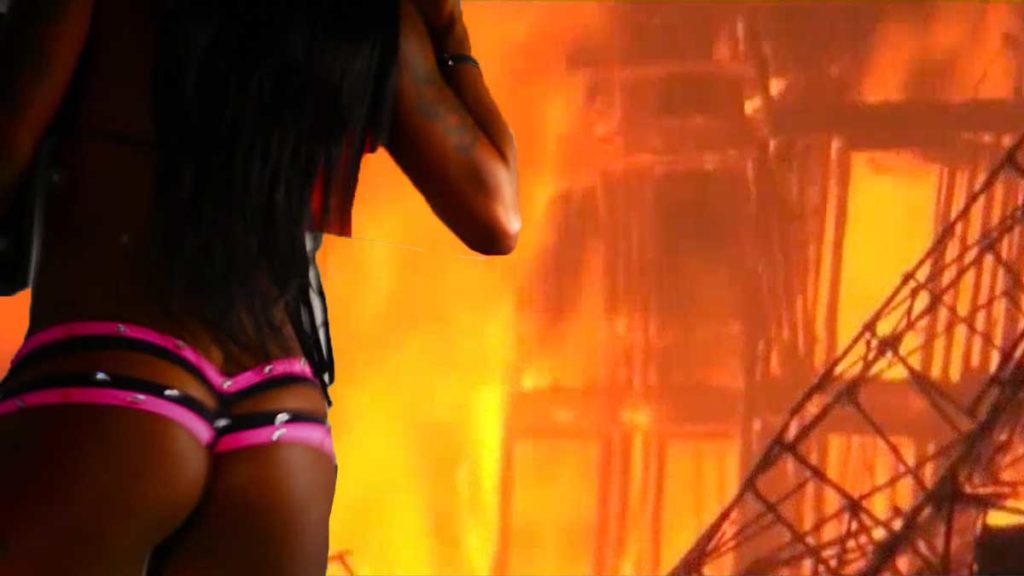 Pretty Ponies Gentlemen’s club has burned to the ground after a tragic incident involving a dancers vaginal flatulence catching flame during a stage performance. “Jenna” was on stage around 2:15 when she bent down and spread her legs wide open in front of Pretty Ponies’ regular James Pattington, who happened to have a Dutch Masters cigar lit in his mouth. Within moments of conversation being initiated, “Jenna” wasn’t able to hold back a release of air from her vagina, and due to her alcoholic habits, made the puff of air from her genitalia extremely flammable. When the natural bodily function took place, it caused a chemical reaction with the flame from Pattington’s Cigar, sparking a small explosion, catching the velvet drapes on fire, immediately engulfing the structure in a roaring inferno. All guests and dancers were able to escape without any injury, however the club was not able to survive, as the structure was completely ravaged beyond repair.

“I’m just happy to be alive.” Said Pattington. “I’ve had a lot of great memories in that place, and it’s funny because me and Jenna actually know each other pretty well,” Pattington Winks, “And that’s the ‘hottest’ things have ever gotten before if you catch my drift.” He laughs a little bit.

“Overall, I guess I’m going to have to find another regular club, because this is the closest one to my house, so I walk to it, but the next closest one, ‘Snatchez,’ is .5 miles further, and I really don’t want to have to walk further, and I can’t afford a car for some reason, also my life is now kind of changed, and I’m not happy about it.” Pattington limps away.

The manager of Pretty Ponies did not call the police which raised concerns amongst customers.

“I didn’t want to call the police!” Said Kevin Bush, manager of the incinerated club.

“I was doing something in my office that’s my own business, and when I saw the flames, I thought maybe we could use some water bottles to kind of soak the drapes and maybe limit the damage, but it didn’t work, and nobody else wanted to help me, so I tried to pour water on myself, but it didn’t work, whatever, I don’t really care, my brother owns ‘Snatchez’ and I’m sure I’ll have another job by 3am tomorrow.” Bush then closed the door to his tinted van and I heard a loud snort noise.

There are no plans to rebuild Pretty Ponies, and most of the dancers were seen leaving the scene heading towards ‘Snatchez.’