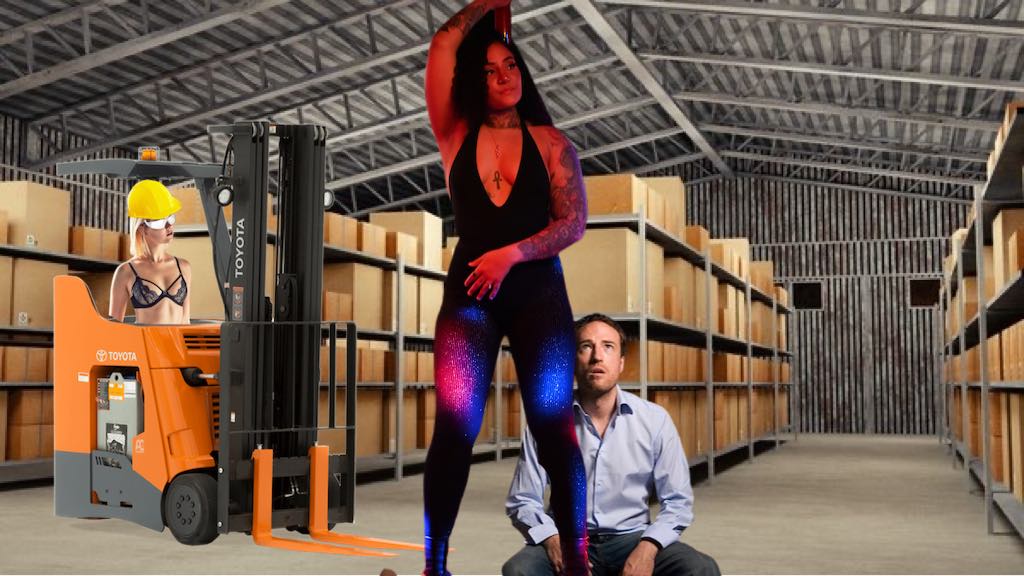 “Welcome to Partz!”, said owner/DJ Neon Cleon when we showed up to interview him. “The only club in town where you get your supply chain pulled!”

“It just makes sense to utilize the facility to it’s maximum potential and meet ALL the needs of our customers. Partz features over 40 of the Tampa Bay Area’s sexiest adult entertainers, a full liquor bar, private VIP areas, as well as an extensive inventory of automotive accessories”, he said. “We’re open from 1pm until 3:30am, seven days a week, which is nice if you want to relax with some naughty fun and pick up some windshield wipers. Pep Boys can’t fuck with that; they close at 7pm!”

“And good luck getting turn signal bulbs at Deja Vu Showgirls”, he added.

“Oops, I have to go bring up the next dancer. Go ahead and have a look around”, he said, before grabbing the mic in the DJ booth and announcing, “All right, fellas! Coming to the main stage, make some noise for Muffler!”

As we explored the club, we saw an interaction between another dancer named Carburetor and a customer who wouldn’t give us his name.

CARBURETOR: “Mmmmm, do you want a lap dance, baby?”
CUSTOMER: “Oh hell yes I do, but what I really need is an alternator for a 2016 Nissan Rogue.”
CARBURETOR: “Ooh yeah. You wanna see my intake valve? Because if so, that’s extra.”
CUSTOMER: “Nah, my manifold is okay.”
CARBURETOR: “Okay, I’ll be right back.”

She then hopped on a forklift, sped away and returned in about five minutes with the item and then began grinding suggestively against his crotch, for which he paid with a credit card and tipped with several one dollar bills.