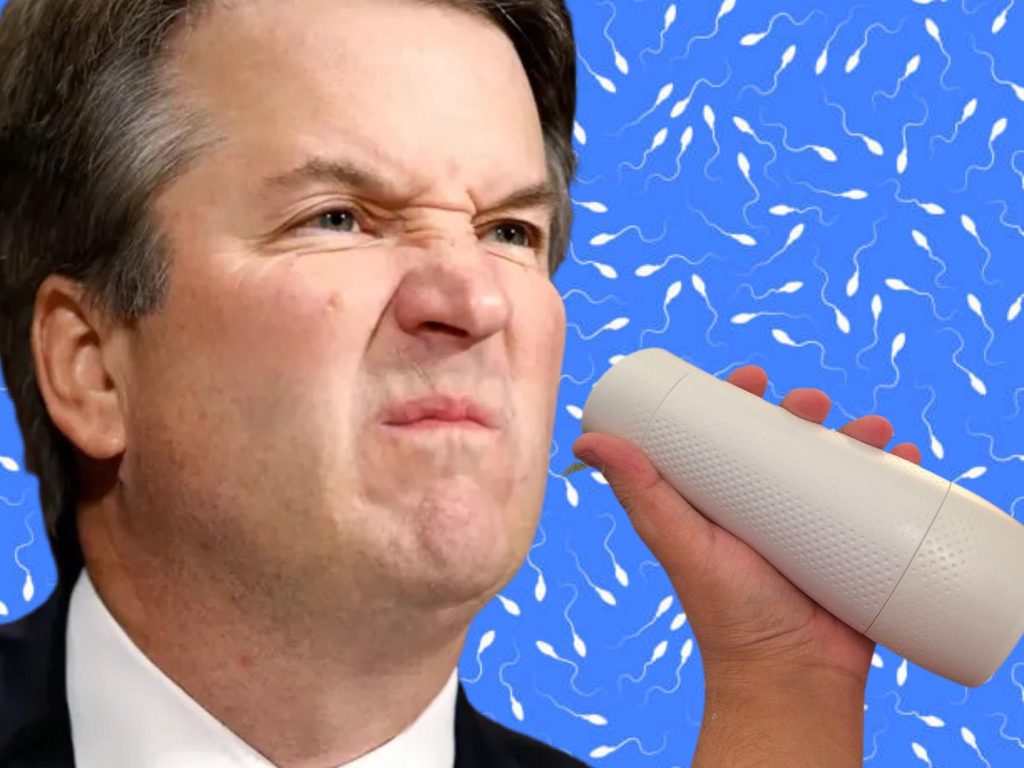 Through the Freedom of Information act, a schedule of Supreme Court Justice Brett Kavanugh’s recent visits to the urologist have been released. The nature of the visits are protected by HIPAA but through an exclusive interview with an employee of the office who wished to remain anonymous, it seems the early draft of the now official decision wasn’t the only thing that began leaking a month ago.

Following the deliberation of Roe v Wade in the most recent judicial session, it seems the conservative justice has had revelations about his own faith and thoughts on medicine. After reading that urine is stored in the testicles on a spoof news website, Kavanaugh surmised that life begins not just at the moment of conception but it MUST begin the moment he presses play on his “Girls Gone Wild: College Edition” VHS. It then became clear to him that the rights of those sperm, unlike the rights of his fleshlight or his wife whom he refers to as “warmer fleshlight”, must be protected, not destroyed with cleaning products, lest he be seen to be a murderer in the eyes of white Jesus.

This is where his medical Issues began.

Around the time the country learned of the early draft of the decision, Kavanaugh scheduled his first of many recent visits to his urologist Dr. Nikki Friedfrau. It should be noted that she was not his original urologist, but she took over after Kavanaugh’s previous doctor died of untreated prostate cancer. Our anonymous source said the justice came in with an extreme urinary tract infection that had begun to spread throughout his body and most likely into his brain.

When Dr. Friedfrau explained that the inflammation and swelling in his member was caused by the potentially deadly infection, he denied her diagnosis by yelling “Bigger is better! Have you not been in a truck? Men’s brains are bigger than women’s and that’s why you don’t know what trucks is or medicine!” and stormed out of the office.

In the coming days, as his infection continued to worsen, he returned to the office a number of times. In one instance, our source claimed that in response to Dr. Friedfrau prescribing anitbiotics, the Supreme Court Justice could be heard throughout the office screaming “’ANTI’biotics? Sounds a lot like ‘ANTI’christ! I know a Soros conspiracy when I hear it!” before punching a hole in the drywall and jumping out of a window. In another instance, Kavanaugh reportedly showed up at the Doctor’s office with a Bible and a gun, forcing various members of the staff to read passages to his penis at gunpoint.

As of now the justice still has not accepted treatment and we are told by our source that if he does not act soon, his penis will have to be surgically removed or he could die from infection. An overwhelming majority of women polled said they would be fine with either of those two outcomes.