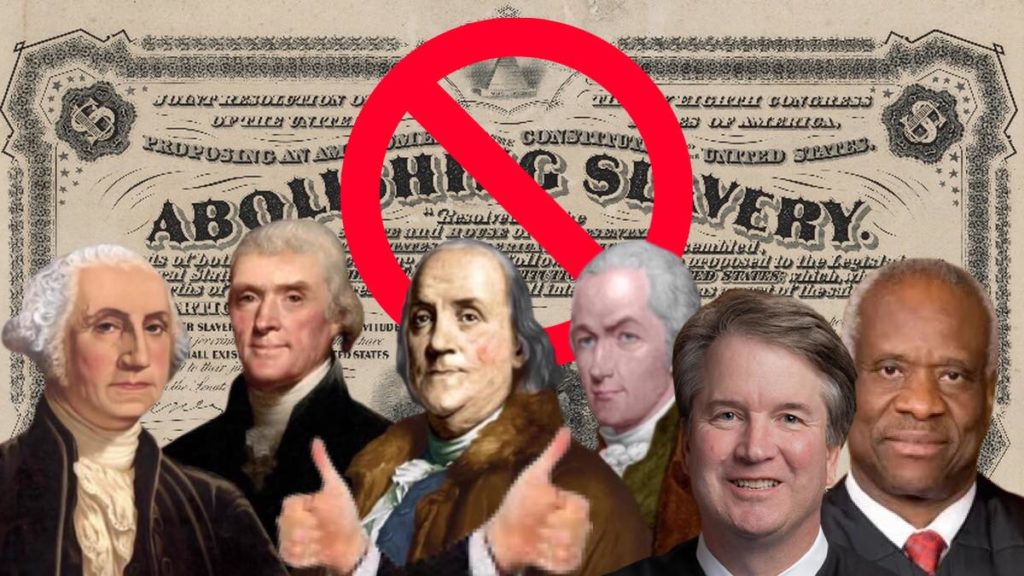 A leaked document has revealed that the Supreme Court justices plan on voting to overturn the 13th amendment and legalize slavery in America once again.

“I can’t believe it, but I can.” Said Ted Ebear, a man protesting in front of the Supreme Court.

“It’s just so unbelievable the progress which is being erased in front of our eyes, it’s like, what’s next? Are they going to give our political leaders the ability to sleep with our wives, like kings in medieval times? We’re not that far away from that. I’m scared.”

The document shows it would be legal to legal to once again hold people against their will and force them to work for as long as you want with no repercussions.

How people would be forced to work is unclear and what would determine who was eligible to become a slave was also left unclear.

“I can’t wait to have slaves again!” Read a leaked text message from one of the Caucasian cis-gen, male justices, to a staff member in the White House.

“My parents secretly had slaves when I was in private school growing up, but it was embarrassing because I wasn’t allowed to tell my friends I had slaves because it was technically illegal, so I would have to call them our ‘house staff’ which made me sick because it implied that we payed these people wages, which we would never do, because we’re racist, so this will be wonderful to get to openly own slaves again!” Continued the long text.

Uproar on Twitter has begun, with notable Tweets such as “I don’t think this!” Said @KuntNugget99

The Supreme Court is expected to overturn other historic bills in the future, ultimately bringing the majority of power to a small, white, slave-owning group of ultra elites, just like at the beginning of this countries founding.

“It’s what the founding father’s would have wanted.” Continued that same long text from earlier.

“My great, great, grandfather was friends with a couple guys who said they knew the founding fathers’, and I’m pretty sure they would’ve loved this.”