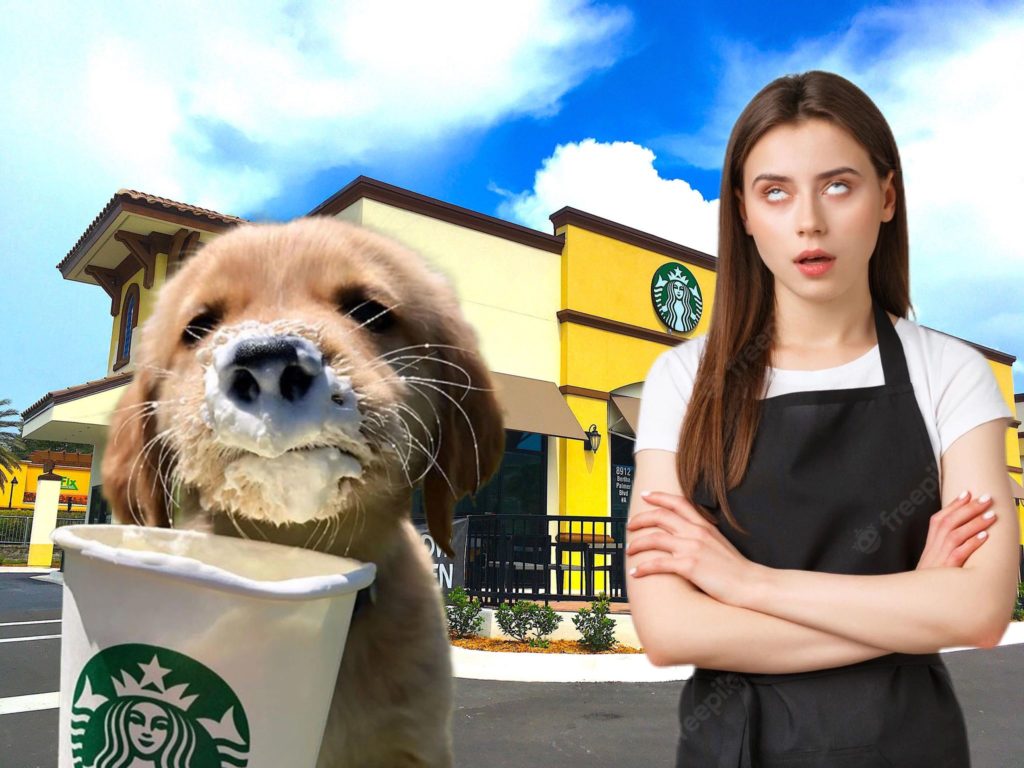 19-year-old Caroline Schwartz of Temple Terrace hates everything about her job at Starbucks, but really hates having to make ‘pup cups’ for patrons who have dogs.

“It’s bad enough that I have to do what people tell me, like, they’re better than me and I have to say ‘please’ and ‘thank you’ because I’m paid to do this or whatever,” she said.

“Of course she loves it. It’s just fucking whipped cream,” said a visibly disgusted Schwartz. “What dumb dog isn’t going to love snarfing down a cup of fat and sugar?”

Donald Pizer, a co-worker, doesn’t understand why she’s so unhappy. “I like serving the puppuccinos. It’s a nice distraction and the dogs are always so cute! Frankly, Caroline would be doing herself a favor if she’d take that giant stick out of her ass and enjoy herself a little.”

“Not all those dogs are cute and Donald is low-ambition idiot,” responded Schwartz