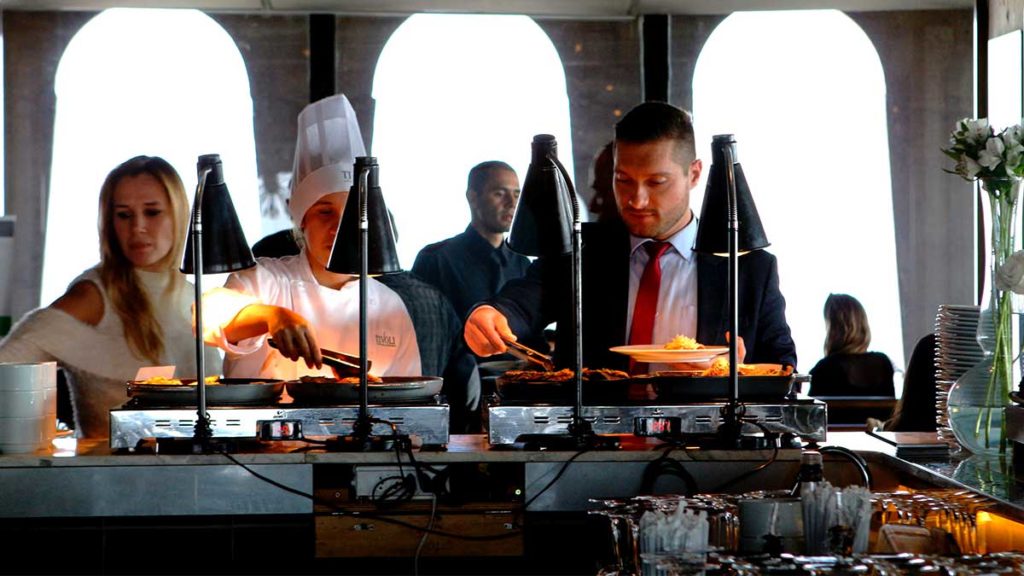 A new swingers buffet opened in Carrollwood and it’s sent the neighborhood in a tizzy. Yum Yum’s Happy Diner a.k.a. “Tastee’s Diner” has opened its first franchise in Tampa, and they’ve chosen Carrollwood due to its promiscuous nature. Carrollwood locals are intrigued because they love the idea of a buffet where you can be open about being swingers and use it as an opportunity to meet other swingers in a family friendly setting that the children don’t need to understand, but they’re also conflicted because if they openly swing it takes out some of the fun and they lose their moral superiority, and become humbled like the rest of us.

“I used to live there during my first marriage. We had such a fun time we would go to the Chili’s and the other place over there what was it called?” Tabitha looks off into the distance.

“Anyways, I’ve visited Carrollwood again twice already and I’ve met some friendly folks over at that new buffet, and the food isn’t half bad either!” She leans over to nudge me and her dentures fall out.

She laughs very hard. I laugh too.

The buffet features some of swingers favorite foods, such as buttered biscuits, flat-bread pizzas, dried olives, milk duds, mini donut holes, frog leg salad, corn on the hash brown, welches orange soda, baked ziti, and snake glands. There’s a chocolate fountain which turns into a fondue fountain at lunch, and boars heads over the meats for good luck. The seating is cafeteria style, and anyone can sit across and/or next to anyone. It’s $60 a plate, but you get to eat as much as you want, for as long as you want, six people are still inside from opening night, they haven’t left, they’ve been living off the food inside Yum Yum’s Happy Diner for 3 weeks. And if you’re wondering, “Why are you running a story about a diner that opened 3 weeks ago just now? Isn’t that a little late? Wouldn’t this not be considered ‘news’ anymore?” Well guess what? We weren’t really sure if the restaurant was going to last and we didn’t want to spend time writing about it if it was just going to disappear in a couple weeks! We don’t like writing stories about losers! We like highlighting local businesses that deserve a bump in the numbers, OK? Maybe I don’t always like what my boss assigns me to write about! Maybe they don’t pay me enough to work for this god forsaken company! The editors don’t even read these! I could tell you all about how my boss is cheating on his wife, but I don’t you know why? Because they have benefits here. I was able to get my laser arms installed two weeks ago, and I really love the results. I mean you really can’t put a price on this quality. It’s quite beautiful. Anyways, the swingers buffet thing wasn’t real, I lied! Ok? What are you going to do about it? Sound off in the comments? I doubt it.

Tabitha Rection isn’t even real. I made her up! You happy now? I’m being honest and up front with you, isn’t that what you always wanted? Isn’t that what you want from me? Honesty? Well guess what. I lied again. I’m not being upfront and honest. This is actually my voicemail haha sorry, this is being transcribed from my iPhone from my voicemail message and I’m just seeing how it scores this week as an article. There’s a zero chance anyone’s read this far. If you have, I’ll give you a piñata full of Yu-Gi-Oh cards.