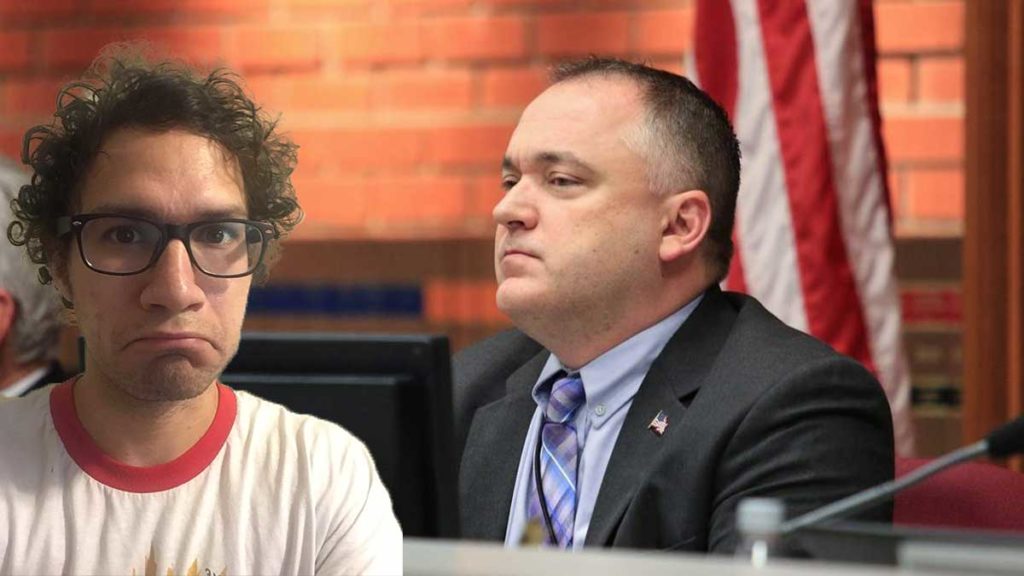 As you very well know, you’ve blocked me. Many people are mad that you don’t care about silencing your critics, but I get it. I was kind of a jerk in the comments when I sent you those photos I hope you won’t share with anyone. I was drunk and I wanted to show you how sweet that gun I purchased from your pawn store looked next to my junk.

Commissioner Champion, as a public servant you must know that you have a duty to protect my First Amendment right to know what’s going on in your county. While I only have marginal ties to your county, which is a complete dump by the way, I wanted to ask you to please unblock me.

If you unblock me, I will apologize for saying that Hernando county is a rat infested, disgusting meth-fuled, beach town that Commissioner Champion supplies with guns and used lawnmowers.

I’m sure you will never find the time to read this because you are too busy giving cash to a person addicted to painkillers in exchange for some stuff they stole from a family members’ house.

Outside of the whole blocking critics, you seem like a nice guy. A real American, one I could definitely see doing nothing illegal outside of the stuff you don’t agree with. We should BBQ or something soon, hit me up!