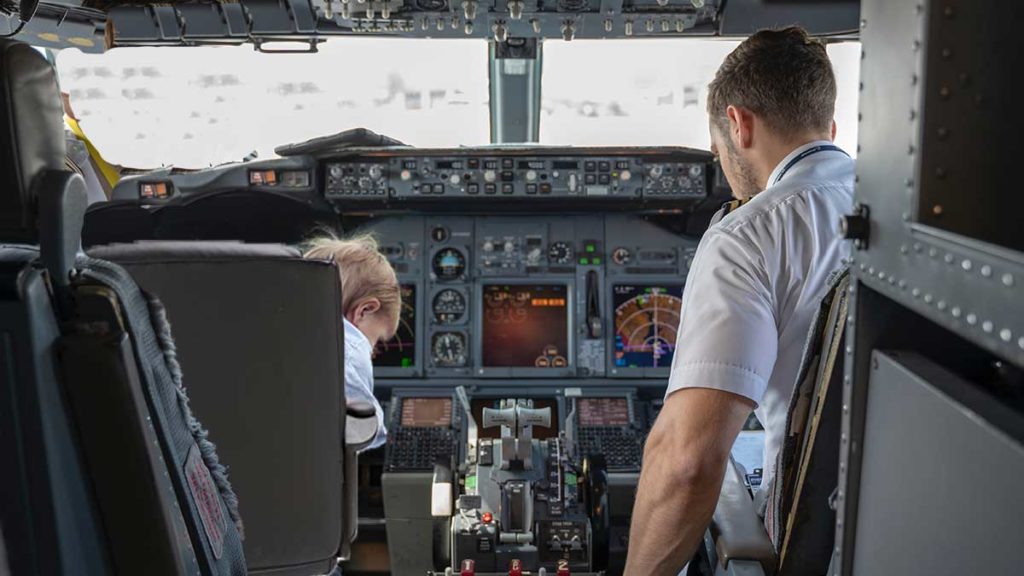 The Tampa International Airport has announced plans to begin the “Young Pilots Exchange Program” which will give young children who have shown interest in aviation the opportunity to take flight and pilot a real commercial aircraft throughout the month of August.

The application process was part of a free Xbox Live event which gave users the chance to play Flight Simulator 2K19, and all those who scored above 600 points (the average was 400) would have the ability to participate on the program.

The pilots who would normally fly the planes will be temporarily demoted to co-pilots, and will help the young ones safely pilot the plane.

“That’s the worst god d**n idea I’ve ever heard, how did you hear about this? Who could have possibly organized this?” Tanner said.

I told Tanner to check his email for recent TPA announcements. He doesn’t see any, so I tell him to check his spam folder, and that’s when he sees it.

Tanner begins crying bitter tears of manic sadness as he realizes the major mistake which has taken place.

“Do you know how many people have gotten this e-mail?”

“I think a few thousand?” I replied.

Tanner begins banging his head against a glass case in his office which contains countless awards for “Most Aware Affairs Coordinator.”

“I need to fix this! Quick give me your cell phone!” Tanner said.

“No!” I said. “It’s my phone, and I’m not letting you use my data! The Wi-Fi in the airport is never solid, I know it’s going to run over my data limit and charge me extra, I can’t afford that right now, I accidentally drove to the Miami airport by accident for this story, I read the e-mail wrong myself, I was surprised that we were going to cover an airport story that wasn’t Tampa related, and stupid me,” I point to myself, “I drive all the way to the wrong airport, then have to turn around, just to come here and interview you and you’re not even being pleasant to me!” I shouted back at Tanner.

“Wow,” Tanner said. “I guess you’re right.” He sits back in his chair and begins laughing. “I guess we’ve both have quite an inconvenient day!”

Tanner then leans forward and gets serious,

“Then who do you think could have sent that e-mail?” He suspiciously whispered to me.

“Was it you?” He asks while pointing his finger to my chest, like a gun.

“I think it was you.” Tanner stands up and grabs the nearest thing off his desk which happens to be a McDonald’s hamburger-shaped paper weight and beams it directly at my head but nearly misses.

“What the hell Tanner!” I shouted.

“You know what?” I say, “I’m out of here man, I don’t care about your e-mail scandal, I don’t care what happens to your job, and frankly you’ve been very rude to me!”

Tanner felt bad, I could see it on his face. I walk out slowly, and look back, but Tanner refuses to make eye-contact with me or apologize. As for whether the young pilots exchange is real or not is still undetermined.