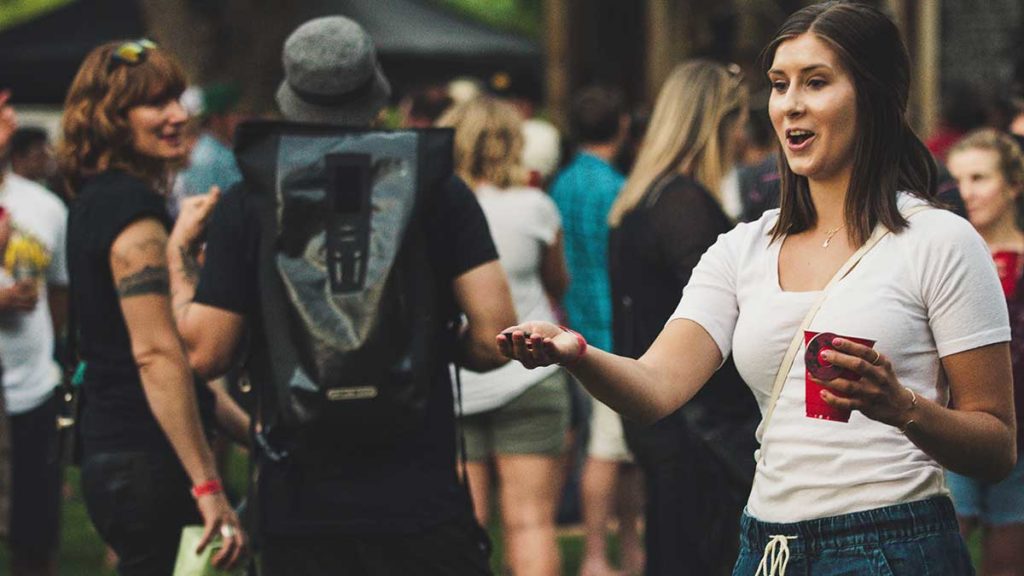 Drawing inspiration from the South by Southwest (SXSW) festival, Visit Tampa Bay has announced the dates for its inaugural festival which looks to emulate the film, interactive media, and music festivals put on by the city of Austin, TX.

“A lot of young hip people are coming back to Tampa,” said festival organiser Louise Bourgiua. “SXSW, people see that acronym and they immediately recognize what it stands for, and we want people to feel the same way about Tampa when they see our acronym, SCATFAP, short for Southern Community Association of Tampa Film, Arts, and Parties.”

SCATFAP is expecting large crowds for the week long music, art and film fest that will see some of the world’s biggest up-and-coming acts performing alongside Tampa’s local talent.

“This is a celebration of our culture,” says SCATFAP organizer Charlie Peniswallace, “Tampa has culture.” Peniswallace tried to keep a straight face but bursted into hysterical laughter. “Let me try that again, this city, Tampa, has cultur…” He immediately broke into hysterical laughter again. “I don’t know why I can’t say that with a straight face, we have culture here dammit.”

The festival will be $1,800 to attend and tickets are on sale right now if you call Visit Tampa Bay and ask if you can got to SCATFAP. It’s really small this year because it’s the first time they are doing it and they don’t want too many people to know about it. They want to work out the kinks so that the next one is really solid.

Lady Gaga and Bradley Cooper are already announced to make an appearance for their screening of ‘A Star is Born 2: A Star is Born Again‘ a movie filmed entirely on Cooper’s iPhone X where they make a baby.