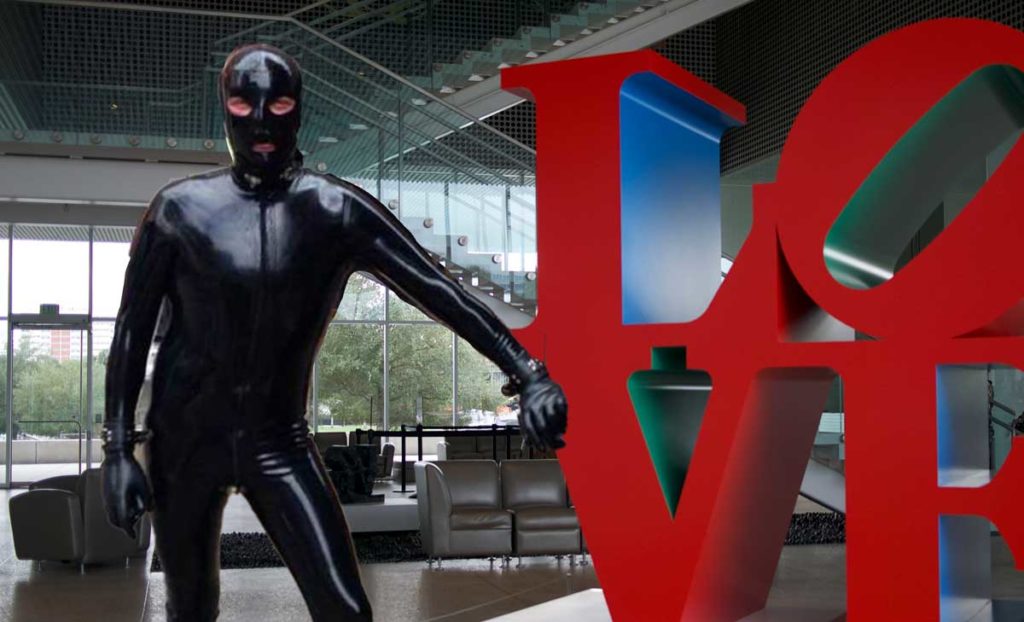 The Tampa Art Museum located in Downtown Tampa will now be featuring “Gay Prostitute Night” which is being listed as an event, however it’s also listed as an art piece, leaving museum goers confused.

The official email released to Tampa Art Museum subscribers stated, “As of further notice, every Tuesday we will feature a living art piece titled: ‘Gay Prostitute Night’ which was imagined and created by Swedish artist Dolyvich Brgonozesh, who was recently named among ‘Top Living Artists’ by Art Magazine. The piece is the artist himself, prostituting himself in a homosexual way until the museum closes.”

The email was met with mass responses wondering what exactly the email was suggesting, also causing much suspicion is that the museum curator is also named Dolyvich Brgonozesh, leaving people guessing whether or not that’s a coincidence, or is this the same man who is also the artist and he may be trying to pull a fast one of the public and just tricking people into thinking his perverse homoerotic acts are actually a fine art piece with deeper meaning rather than a man living out his perverse fantasies.

Tampa News Force was asked to attend opening gala for the gay prostitute night at the Tampa Art Museum, and we gladly accepted the invitation because this is exactly the kind of news we’ve been looking for.

I showed up with a few hidden weapons just incase this turned into some sort of James Bond style action sequence where very grand altercations take place in a beautiful location. We walked through the museum for a little bit, everyone was dressed nicely, the lighting was in some sort of special Gala setting and the place looked more beautiful than normal. I’m not sure if it was just the lighting or because everyone was dressed well and I was a little sauced up already, but the museum looked great.

There was an entire corner of the museum that was covered in a meekly-fashioned shanty, spray-painted black, nobody had any idea what was under it. It made a noise every twenty minutes or so, a loud farm-squeal type noise, like a cartoonish pig.

Everyone was drinking and having a great time when all of a sudden the clock struck midnight and the eroded stench of yesteryear came blasting out from the cracks in the shanty. The makeshift architecture collapsed revealing a man in full bondage gear standing in the middle of emptiness.
Then he started crying hard from under the mask and another man ran to the performance space.

“What’s wrong Dolyvich?” said the man as he helped out the the man in full bondage gear.

“You must do this, It’s the only way I’m going to make it as a successful modern-artist! This is what the people want to see! I’m trying to win a trip to France!” Said (who I’m assuming is) the art curator Dolyvich, to his samely-named brother. The crowd had been silently witnessing this unfold.

The man in bondage took his mask off to reveal he was an identical twin to his brother and the crowd gasped. Then a third man from the crowd stepped into the spotlight of the performance space, “Wait a minute, you guys are both named Dolyvich…”

“Yes…” They both said in Unison.

“My name… Is not Dolyvich.” The crowd was confused. “Actually, it is Dolyvich! I’m your long-lost triplet brother!”

The other two brothers laughed. “That’s the kind of sense of humor we have! You’re definitely one of us!” The first two once again said in unison.

The crowd started cheering. Rose pedals started raining down from the ceiling onto all three of the brothers as they hugged and the spotlight turned pink. Really beautiful women in the audience started crying and clapping, other guests took note and were impressed and continued applauding. All three men bowed and began blowing kisses and clapping to the crowd.

Security busted through the door, “We heard someone in here has concealed weapons!” Everyone started scattering, I realize they were referring to me! I had foldable swords and medieval maces strapped to my legs, you know, just incase, and I began awkwardly waddling as fast as I could towards an exit but they noticed me. “It’s gotta be him!” One security member screamed, and they all tackled me.

My journalist partner showed up, “I was in the bathroom the whole time, what happened?”

“Damn it, Sandy! They tackled me because I brought the weapons in!” I muttered as I was being forcibly restrained.

“Oh man, well it turns out the camera wasn’t charged, so this is only going to be a written piece.” My partner said.

“Are you kidding me!” I screamed. “This is one of the best ones we’ve ever done, nobody’s going to believe any of this if it’s only an article! The articles are always fake!”

“That’s not a good enough ending,” I said.

“To the article I have to write because the camera wasn’t charged!” I said.

“Oh…” He said. “You should probably worry about getting arrested for bringing weapons into an art museum instead of the conclusion of a fake news article you have to write later.”

The security had now fully secured me and they were dragging me off the premises to what I assume was my meager demise. “Don’t let them kill me!” I shouted to my journalism partner who was still standing in one place watching me get dragged away.

We get to the doors and they throw me out onto the lawn and then they began walking away. “That’s it no legal trouble?” I sheepishly asked.

“Huh? No, we’re museum security, we don’t have legal authority, we can only throw you out of the museum.” One of the security members said.

“Even though I had weapons?” I asked.

“Even if you have weapons.” The guard said.

“Wow that’s crazy.” I said. “I definitely should have ended this story earlier when I had the chance.”

Sometimes life isn’t fair, and you just have to accept that art is subjective no matter what, and it’s all about the motivation behind the piece which sets it apart and makes it special. Robots can make dots on a screen, but can they make you feel? Wow, that’s something I’ve never thought about. Think about that. Ok, I thought about it, it’s not that special, and it’s actually pretty stupid, because arguably robots can make you feel, your TV projects a program and that makes you feel, right? Who cares! Is art real? Let us know. Is it fake? Sound off in the comments. Is art dead? Take your shirt off and wave it around if you agree.