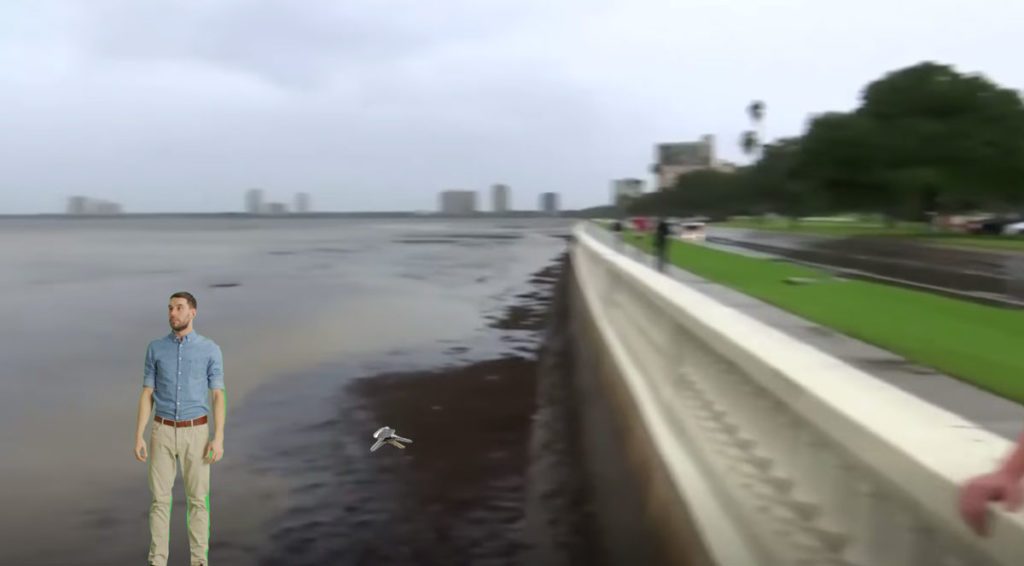 The bay is scheduled to be drained on Tuesday so that Steve can look for his keys, so if you’ve ever wanted to walk around on the bay floor, now is your lucky chance.

“I already checked my car, and my apartment, and they’re not there,” says Steve. “I think in a fit of rage after my girlfriend black-outedly broke up with me, I threw my keys into the bay at the intersection of SoHo and the Bayshore.”

Last time the bay was drained, a city councilman accidentally dropped a cell phone that had compromising material on it, and he was really paranoid about it, so the city drained the bay to look for it.

The process takes about 6 hours, where a giant plug-like anvil is lifted up from the floor of the bay, and all water filters out as the citizens pour in.

“Last time we drained the floor, I met my cat down there!” Says Menta Sorko, Palma-Ceia resident. “I was looking for any loose beads or vintage Mountain Dew liter bottles, and I saw little bootsie deep in the Bay Area by a rock eating shellfish! I hadn’t seen bootsiecakes in months! She must have survived on shrimp and krill while mommy was on shore worried sick! How she got into the bay? I’ll never know! Cat’s am I right!” She’s so nice I can just tell from talking to her.

But while “bay drain day” is always exciting, it does have its dark moments. No one will forget in 2003 when they drained the bay and 17 pirate skeletons were found. “It was one of the first times we had ever drained the bay, and most of the ‘good’ stuff wasn’t taken yet, so people ventured out further, and kids found skeletons and it scarred them mentally, but they’ve been working through therapy and we think they’re going to be ok,” smiles Doctor Bradley P. Williams. “It’s just an English doctorate, I’m not an actual doctor I can’t really fix you.” He says, “But I still keep the stethoscope around my neck as a gag.”

Children are expected to skip school, per usual, to get down to the bay floor as soon as possible.

“I don’t like it!” Said Martha Meridan, owner of the shell-shack shell-selling retail tent down by Curtis-Hixon. “I make my living selling shells by the bay shore.” I hold back a laugh, because it sounds like “she sells sea shells” not because of any sort of disrespect to her career choice.

“When kids get free shells from the bay, I don’t make money. I took these shells from the bay myself years ago. I deserve this money, not the sea, not the bay, not those kids.” She seems to have a dementia episode, so I dial 9-1-1 then wait until EMT’s arrive, and help her into the back of an ambulance.

She gets up and refuses to lay down, even after they’ve already sedated her, because she, “Doesn’t have health insurance and knows how much ambulance rides cost and all the shells in the bay can’t pay for one ride to TGH and ain’t that the truth.” A little crowd that’s gathered starts to clap, and the EMT’s slowly let her down from the back of the ambulance. I tell her I don’t necessarily condone her behavior, however I respect her dedication to living her truth and being herself despite having her back against the wall. She’s a fighter, and a good gal.

Steve is excited for the bay to drain because he, “really wants those keys.” (Paraphrased for time.) The bay draining is expected to draw thousands, but city officials still warn to be watchful for mad-max-style caravans of floor dwelling bounty hunters and treasure seekers.