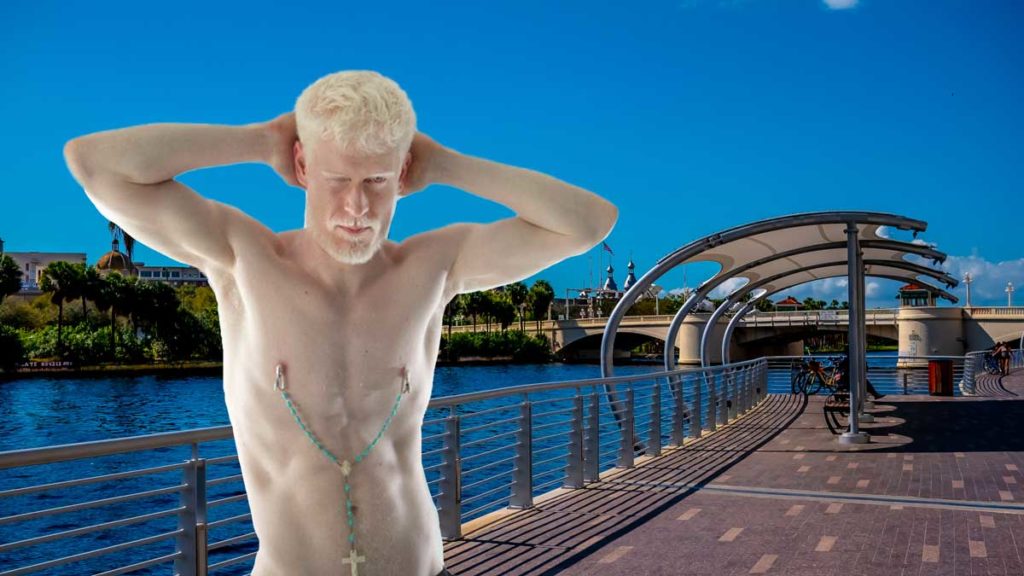 During a recent trip to Tampa, survey crews from Australia’s leading nipple clamp production facility stopped by Tampa government offices to present Mayor Jane Castor with an award, recognizing the city as the nipple clamp capital of the world.

“I didn’t even know this was a thing,” Castor said during a confusing press event with the representatives from Ya’Nip Clamps. “I asked these gentleman to please leave city hall unless they had some official business, next thing I know they are trying to hand me some weird trophy with pierced nipples on it.”

Jamie Whoremouth, CEO and founder of Ya’Nip Clamps, sees things differently, “We track all packages from our facility and the most orders we have shipped have arrived here in beautiful Tampa.” Whoremouth spread his arms wide and twirled to take in the sites of downtown Tampa. “Being here for just the one day, we can see nipple clamps are a way of life here.”

Whoremouth pointed out the outline of my nipple clamps that were visible through my undershirt.

“Look this was a gift someone got me, I don’t wear these nipple clamps everyday,” I said trying to shy away from having to talk to the Australian nipple clamp designer.

“Of course mate, although if this is the capital for our nip clamps, you shouldn’t have to be shy.” Whoremouth patted me really hard on the back, like you would imagine an Australian would.

An official nipple clamp ceremony will be held at Curtis Hixon park, the first 100 attendants will receive a free set of nipple clamps, although Whoremouth assured me everyone at the ceremony will already be wearing a pair.