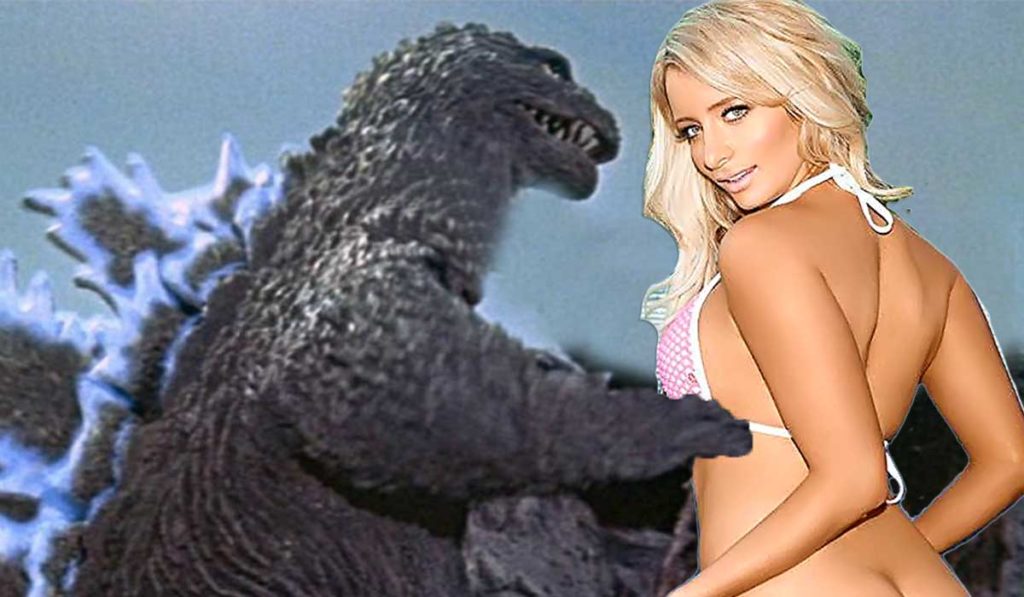 ​During Tampa Bay’s inaugural ‘Boom by the Bay’ Fourth of July fireworks celebration, a rogue mortar fell into the water of the Hillsborough River and exploded.

The shockwave from this single blast of red, white, and blue projectile was enough to awaken Candi, the 60-foot stripper, from her hibernation at the bottom of the muddy waters.

Groggy and delirious from her slumber, she began to feed upon the many artisan restaurants of the nearby Armature Works, specifically targeting sushi ‘burritos’ and downing gallons upon gallons of chilled rosé wine.

After gorging upon her first delectable meal since breaking up with Chad, the 70-foot bouncer from Clearwater, Candi decided it was time to rumble.

She set her sights upon Godzilla, the beloved, feral 7-foot iguana, who has made Seminole Heights his residence. The neighbors have taken a liking to the over-sized reptile despite the city’s wide-spread weariness of the invasive species.

“He really doesn’t do much except hang out in the sun and let folks take photos with him,” said Jim Hixon, a neighborhood resident.

Upon finding Godzilla, Candi made quick work of Godzilla by promptly breaking him in half in front of a horrified crowd of onlookers and iguana enthusiasts.

Residents quickly coaxed Candi back to the banks of the Hillsborough with offerings of Snapchat filters, Pinot Grigion, and Sephora gift cards, despite the clear and unjust murder of Godzilla.

However, Seminole Heights resident are used to this sort of thing.

“Since we relocated her(Candi) from Ybor City to this location, I think she deserves some lenience. She was taken out of her natural habitat. Can’t blame her for being confused and pissed off. They say the iguanas are invasive, but I ask you, what about man?” Hixon commented as he stared introspectively off into the setting sun.

A captive meteorologist at the Tampa News Force Headquarters, if you see him outside let us know!