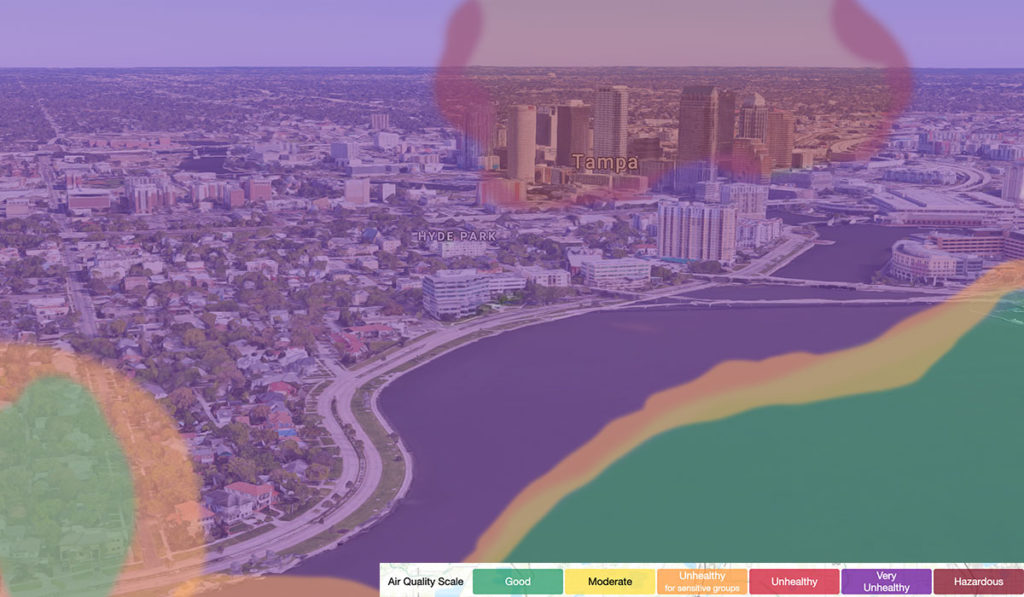 In an alarming discovery out of the Hillsborough Observatory, it appears the ozone layer over Tampa Bay has been completely depleted. The hole in the ozone has been letting in extreme UV rays along with radiation and reduced gravity.

Despite its severity, people are focusing on the positive aspects of the ozone hole, like now we’re able to jump higher, so if you wanted to dunk, now’s the time! Also, you can get tan while waiting in line for the tanning salon, so you’re double cooked! And the extra limbs people are growing from the radiation are being used daily for things such as gaming and working in the kitchen. One man has even started his own sandwich line utilizing all 7 of his new arms.

Scientists hypothesize the tear in the ozone is an after-effect of the overuse of aerosol can deodorants such as Axe and Tag Body Spray, along with the fumes emanating from the numerous strip club chimneys, along with an excess of plastic in the oceans from left over surgeries.

“I don’t care about no hole in the ozone,” said Petrius Dish, as he sprayed axe under his armpit which indirectly shot into my mouth. I coughed loudly. “What’re you coughing at the ozone hole?” He said as he slapped my back while laughing. “There’s only one hole I care about!” He said while pointing to a woman across the street. “Hey babe! You hear about the ozone hole!” He shouted across the street to her.

“Shut up Dips**t!” She shouted back at him. “Come see me at the club later!” She winked and I notice she was carrying a chimney sweep over her shoulder, then a lady’s fake chin fell from the third floor of her condo balcony right onto Kennedy.

Some beach bars have already started “Ozone Hole” drinking specials, such as bottomless vodka on the rocks, buckets of Bud Light Sun Tea, and extra Dirty Crantini’s. Most people have sold their convertibles because if you’re driving over 60 mph, for some reason, the car bursts into flames. If direct sunlight comes in contact with the interior of a car, the upholstery will catch flame and spread to the engine.

The lack of ozone is being blamed on social media. Facebook, Twitter, Instagram, the main scapegoats for why a hole in the ozone ripped open specifically above Tampa.

“It’s all these thirst trap models on IG that are causing the sky to fall down!” Said fitness inspiration guru, Kent Griff from his IG handle, @NutNutZoomJuiceAlphaMonsterFitness.

“I hope social media dies so we can go back to just living our normal lives.” Tweeted the president.

So far local government has proposed no changes to try and fix the hole in ozone because as Congressperson Pete Tampa put it, “We like the way we live and we’re not going to change it.” Then he tidied up his papers on his desk then banished media away as a woman with a chimney sweep walked into his office.