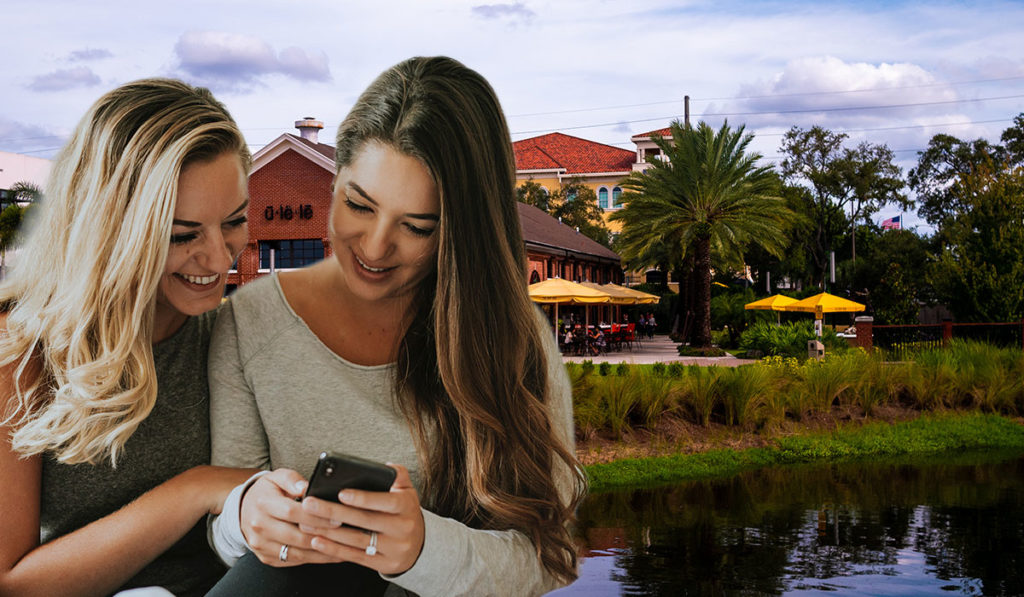 Guinness World Records has announced that a local lesbian couple has overtaken the record for most nights eating out after dining at Tampa establishments every single night for the last 16 years.

“We’re honored to receive this award,” said Sheryl Basketcase, as she held the hand of her wife Meryl Ripcord.

“We’ve been eating out every night since we got married and we haven’t looked back!” Laughed Meryl as she lovingly pulled Sheryl’s hand closer to hers.

“I told her before we got married I loved eating out,” said Sheryl.

“And literally right after she said yes, we left the church and ate out,” said Meryl. They embraced warmly.

The couple tried to mix it up as much as possible, however they did do a majority of their eating out at three locations: “The Rusty Rim,” “Clam Trap Charlies,” and “Salty Biscuits.” The three restaurants are all located on the southeast side of St. Petersburg beach.

“Yea, we’d call it the ‘eat out’ clam-crawl,” said Sheryl as she motioned me back over towards the fire pit. I sat down cross-legged by Sheryl and Meryl, intertwined on an easy chair, light-pastel bandanas blowing in the wind.

“We’d tan all day long, then we’d walk from one end of the beach slurping clams at each location we’d stop at,” said Meryl, taking a break from kissing Sheryl on the lips.

“Yes, we’d get nice and crispy then slurp clams up and down the Gold Coast!” Sheryl laughed, quickly looking back into the eyes of her lover, Meryl.

“We call it the Gold Coast because we made so many golden memories on this beach,” said Meryl, as she gazed back into the eyes of Sheryl.

We heard glass shatter as men in SWAT gear sprinted through Sheryl and Meryl’s house, out to the backyard to confront us around the fire pit.

“We’re here to revoke your Guinness world record! If your cousin owns a dining establishment, it doesn’t count as eating out, because if they’re family, you’re basically eating in, ergo, you are stripped of your world record holder status’, and must give back the award prize of $600,000.” Said one of the men who then held his hand out to collect the prize.

“This is going to ruin us.” Said Meryl.

“I want a divorce.” Said Meryl. Sheryl stayed silent for a moment, tears began rolling down her face.

“I’m going to go now!” I said, standing up abruptly and exiting through the house, shattered glass covering the floors.

“Wait!” I heard a voice shout to me while almost out to my car. It was Meryl and Sheryl, they were motioning me to hold on. They ran up to my car.

“We’ve decided there’s only one way we can fix our marriage!” Said Sheryl.

“We need you to have a three-way with us,” they said together at once.

“I’m ok,” I said. They were stunned and confused. “Don’t get me wrong, you’re both smokin’ hot, and under any other circumstances, I’d totally be down, but I’m actually in a committed relationship right now, and I’m only attracted to my girlfriend now, I’m sorry. I appreciate the offer.”

“Because that was actually a test.” Said Sheryl. “We’re friends with your girlfriend, and we were just trying to get you to cheat on her and f**k up your relationship, because we both agreed back at the fire pit, that we don’t really like you.”

“What the f**k!” I shouted. “That’s messed up, you were trying to ruin my relationship?” I asked.

“Yes, it was your girlfriends idea!” Exclaimed Meryl.

“Yea, your girlfriend put us up to this!” Seconded Sheryl.

“What the!” I was at a loss for words out of frustration. “Ah!” I shouted to the sky in anger. “Gimme your phone!” I shouted at the lesbians. One of them gave me their cell phone. I dialed my girlfriends number by memory, she picked it up after one ring.

“Baby, did you put those lesbians who love to eat out up to some prank where they test my loyalty to you?” My girlfriend told me she didn’t. “Oh… Haha, sorry about that, I knew that didn’t sound like you, my bad, I’ll see you at home later.” I closed the flip phone and handed it back to the lesbians. “You sneaky lesbians.” I said while wagging my finger in playful fake shame. “You know what… Maybe we can have that three-way if you want.”

“Ew, God no! We were just messing with you!” Said Sheryl as they both busted out laughing.

“No chance!” Shouted Meryl. “You were totally serious, you would have cheated on your girlfriend!”

“Oh my God, no I wouldn’t, guys come on I just interviewed you for a Tampa News Force story, you think I’m really going to try and sleep with you!” I said, trying to defend myself.

“You’re screwed buddy!” Said Sheryl before opening the phone and calling back the last number I dialed. “Hello,” she said, as she looked at me with a wicked smile. “Is this John’s girlfriend? It is?” Sheryl smiled even wider. “Well I just wanted to say he’s a very good journalist.” Then she hung up the phone, and Sheryl and Meryl both laughed at me.

“We were just messing with you again!” Said Meryl, slapping her knee, catching her breath from laughing so hard.

“We keep getting you so good!” Said Sheryl.

Then I drove home and I cried because they played with my emotions and I didn’t like it. When I got home, Sheryl and Meryl were already there sitting with my girlfriend on the couch.

“What the hell!” I screamed. “What’s going on!” I yelled at them all. Then I woke up in my bed and it was all a dream and none of it was real. “Jesus,” I sat up. “That was a nightmare.” I said to my girlfriend who was sleeping next to me.

“It was wasn’t it!” My girlfriend turned, and it was actually Sheryl and Meryl, and their eyes are blood red.

“Ahhhhh!” I screamed up at the ceiling as the camera zoomed in on my face. Screen went black, credits rolled.