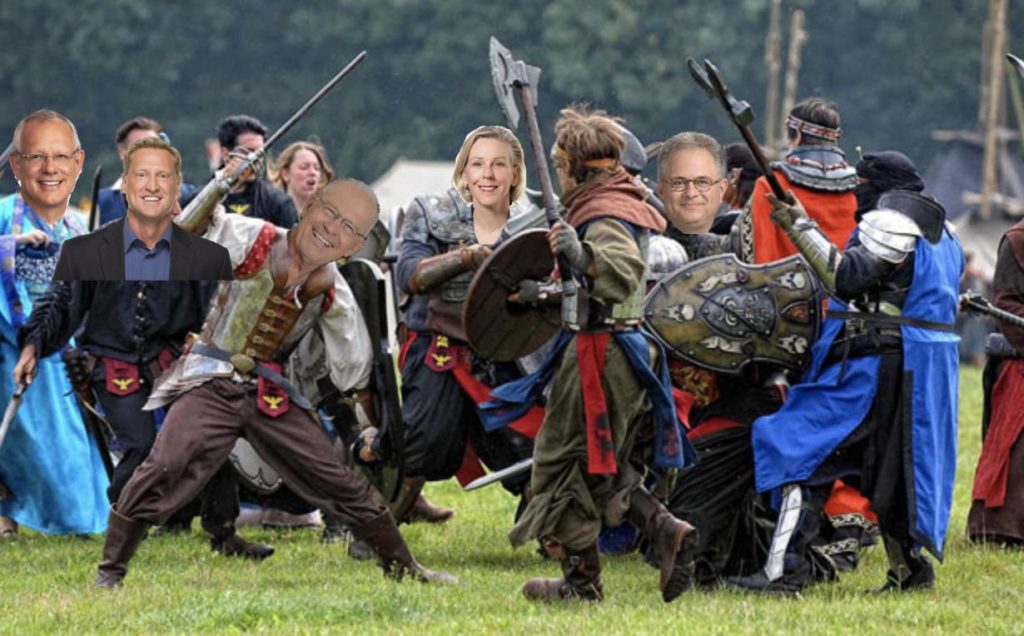 Citing lack of enthusiasm for the traditional election format, the Hillsborough County Commissions decided that on Tuesday, March 5, all eight eligibly-declared Tampa mayoral candidates will be pitted against each other in arena style battle to decide who will become the next mayor.

The special battle-election will be held in Downtown Tampa, where all incoming and outgoing streets will be closed off to ensure contestants remain within the designated battle zone.

The City of Tampa will provide a live feed for viewers to track their candidates progress through a special broadcast of the security cameras that were installed during the 2012 Republican National Convention.

“We mostly use those cameras to spy on the teenagers making out in Curtis Hixon park at night,” says Tampa Police Security Camera Monitor, Douglas Bewatchin. “Hopefully those mayor people don’t take too long getting at each other because I would rather be watching those teens.”

Each candidate will be allowed one weapon of their choice and the last one standing will be given the title of Mayor of Tampa.

“It’s about time we have a fair election in this country,” says third-generation Tampeño Stephan Irloqwitz who has already requested off work for that day.  “Told my manager that knowing what my local government is doing with my tax dollars is important to me.” Irloqwitz plans on taking his family to watch the battle unfold.

A special broadcasting party and tailgate will be held at Sparkman Wharf where the winner will take part in the traditional mayor duty and blood swap ritual hosted by current mayor Bob Buckhorn.