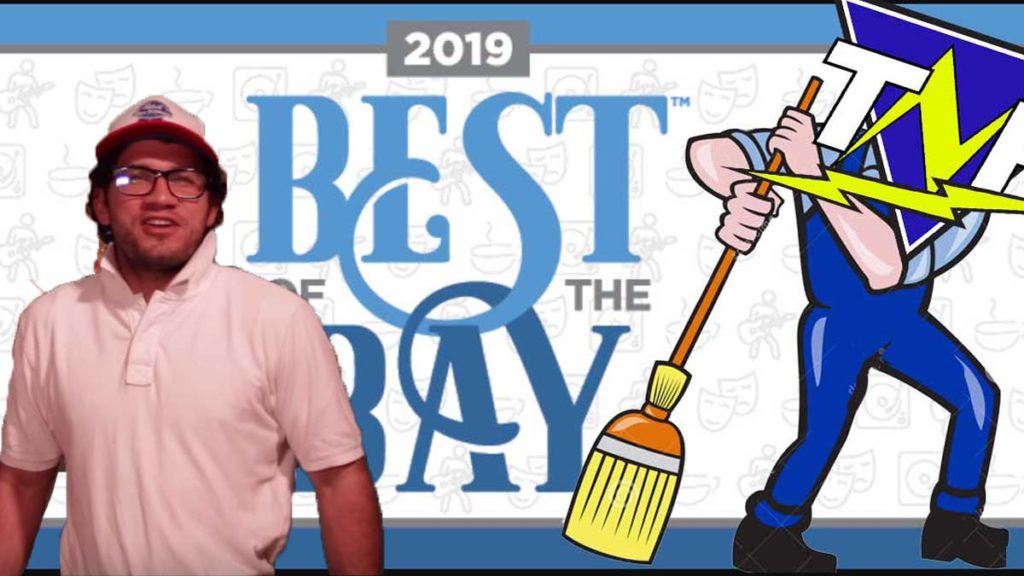 Tampa News Force fans gathered outside of the Creative Loafing offices to demand a preemptive recount in the event that they don’t win anything.

“We went through the list on ‘tampanewsforce.com/vote‘ and had some issues with it,” said one TNF fan who wanted to remain anonymous. “First thing, the login is really sketchy. Very bad security on that website, I don’t trust it and have trouble going through the menu with all the categories and options. Insane amount of clicking you gotta do, it’s like I’m playing Runescape or something.”

The anonymous fan then wolfed down a hot dog real fast, knocking his fake glasses with mustache off his face to reveal that it was none other than TNF reporter Josh Santos. Realizing he was found out as the lone protestor, Santos ran away.

After unnecessarily jumping a fence and running five blocks down the road, Santos hid in some bushes, ruining the landscaping in the process.

Using his meditation training, Santos slowed his heart down and forced himself to pass out for half an hour before snapping himself awake, removing his clothes in the process and running wildly towards the nearest dumpster he could find.

It was in that dumpster where Santos fashioned himself an outfit using an assortment of trash. With his new disguise, he entered the Creative Loafing offices asking if Tampa News Force had won anything.

They said no, and asked him if he would like to take a free personality test. After watching a short film, Santos converted to Scientology and is currently locked in a windowless room in Ybor City.