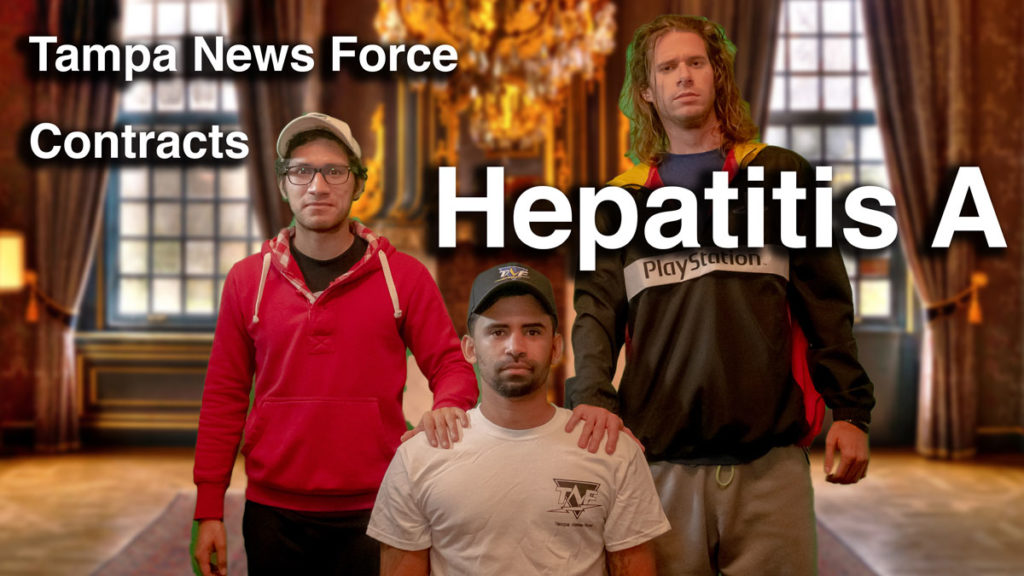 After an unfortunate self diagnosis, it appears that one of Tampa News Force staff reporter has contracted Hepatitis A.

“Yea it sucks,” said John Jacobs. “My eyelids hurt, so I googled it, and it said I might have Hepatitis A, and I don’t have health insurance, so I’m just going to assume that’s it and not see a doctor.”

Jacobs then got up from behind his desk and started hitting a speed bag. “The worst part is, I’ve been handling everybody’s food. Especially yours!” Jacobs pointed directly at me.

The news is being taken hard at the TNF Headquarters, which has led to numerous firings within the office, in what’s being called, “A classic blame-game.”

One journalist was seen throwing up into a water fountain, “One of the other reporters had been bringing in Popeye’s in a KFC bucket, and he kept it in the fridge for weeks, and he would heat it up in the microwave, the whole bucket, he would just heat, and reheat, this damn bucket of old chicken and I swear that must be where this all came from, I don’t know why, but I have a feeling that’s where it came from and I’m going to trust my gut,” said CEO of the company David Straz, who then pointed to his own gut a little too hard and went, “Oooh!” And winced in pain.

“Absolutely no changes will be made,” Said TNF CFO Jessica Chastain. “No, I’m not that one,” said Jessica, “I know I share the same name as her, but I’m just an employee here at TNF.” She caught herself, “I don’t mean ‘just’ in like a bad way, I love my job, don’t get me wrong, If David ever knew I didn’t like working here he’d axe me immediately! Nobody cares about the Hep A part, but if we speak ill of the CEO we’re toast at this company!” She shuffled off quickly into the dark.

Nothing will change, Tampa News Force will continue to operate and employ the reporter who has Hepatitis A. Everyone is going to be ok, and move on with their lives. Everyone who is sick will be fixed and we will keep enjoying life and rocking out to 102.5 The Bone, Real, Raw, Radio.