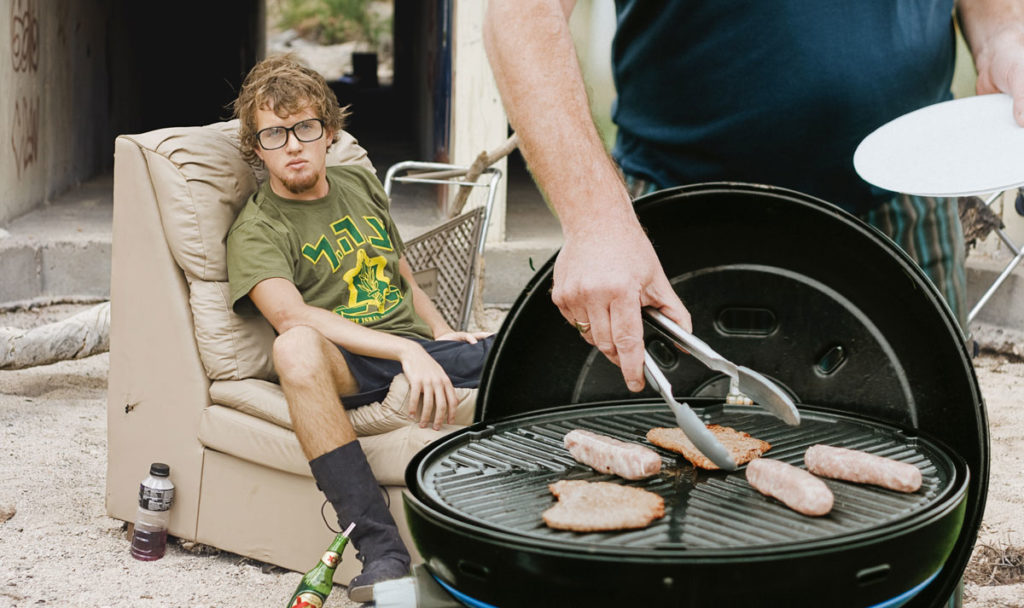 A neighborhood police BBQ turned up the heat to 11 today after one of the officers manning the grill was accused of giving most of the food to homeless people.

“We told them last night to clear out the park so we could set up for today,” said Tampa Police Activities Director Eldern Prolips. “Next thing I know I’m giving every homeless person that was in the park a hot dog.”

Prolips was then stopped by his fellow officers from serving food to the homeless people because they arrested a guy for doing that once and they weren’t afraid to lock up their own kind.

“That’s when I had the bright idea to butcher and feed homeless people to other homeless people,” Prolips smiled and stared at me like it was the best idea in the entire world. “We take the bad ones and we feed them to the good ones.”

I asked Officer Prolips who would decide which homeless people were bad people but still edible and he responded by pointing a gun at my head and telling me to, “leave the park now or I will feed you to these homeless people.”

The Police Day BBQ is still going on if y’all want some free meats. Nobody got in trouble for the horrific stuff that was committed.