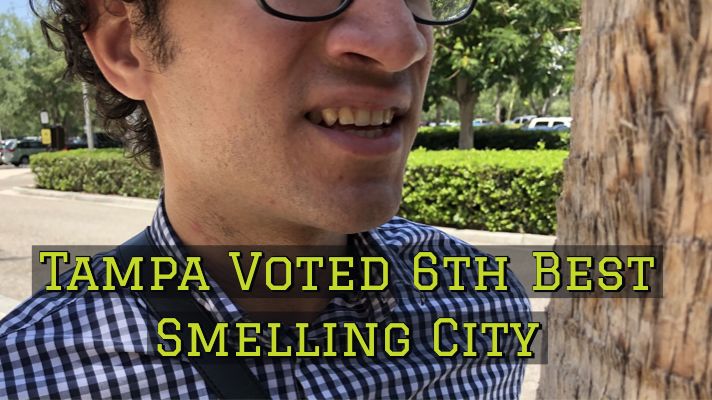 The National Organization of Smelling Enforcement (NOSE) has ranked Tampa among the best smelling cities in the world.

“Once your nostrils get accustomed to the humidity, the things you can smell in this town are unbelievable,” said NOSE Official City Sniffer, Laura Grenie. “I can count all the places that smell better than Tampa on one hand.”

Grenie held her hand up to my face, “See how many fingers I have up? That many places.”

I asked her what places smelled better while pointing out that her list only had Tampa listed at number six and no other cities listed next to the other numbers.

“It’s a work in progress list,” Grenie said before attempting to walk away from me.

“Before you go, what is the best smelling thing in Tampa?” I asked her in hopes she would stay and talk with me a little longer.

“Maybe the Downtown streets? I like how Ybor City streets smell, believe it or not.” She said while walking backwards at a brisk pace.

I ran after her and said, “I actually do not believe that. We must have not smelled the same thing.”

Before I could finish saying things, Grenie walked backwards into traffic and onto a city bus that stopped and opened its doors for her. “Take me downtown!” I heard Grenie yell at the bus driver.

“This bus don’t work like that,” the bus driver said before closing the door and taking off into the sunset.

NOSE has emailed a certificate to Tampa city leaders to print out and place around town whenever they get a chance.