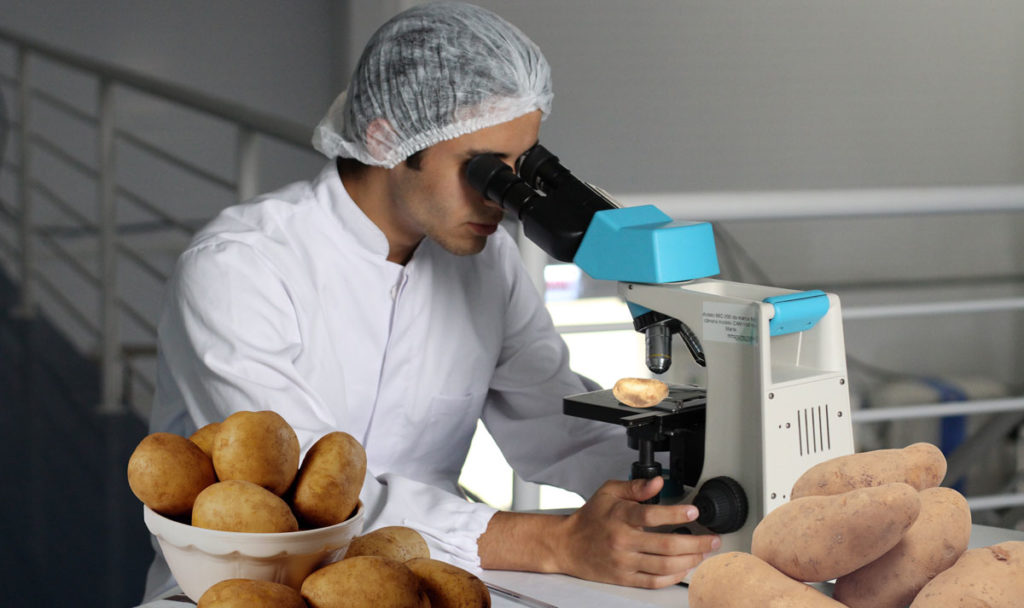 “I found a potato,” said Thrust.

“He did,” said his lab partner, fellow chemical radiographer, Jet Presley. “We were walking out back, when Will tripped over something.”

“Yea,” said Thrust. “I was walking around out back,” Will motioned behind him, “When I stubbed my toe on something, I said, ‘Ow!’ Right Jet?”

“So we was walkin’ around out back looking for…” Thrust and Presley made eye contact for a second.

“I understand,” I said. “So then what happens after that?”

They both look flustered.“Huh?” Said Presley.

“Nevermind,” I said. “All I’m asking is, how did you discover the potato?”

“Ohh…” They both said at the same time, “We was out back see…” I stormed out of the Science Center.

“I can’t take this anymore,” I think to myself. “I’ve been on assignment for weeks now, and this is the story they’re making me cover? I haven’t been home in 9 months! My family misses me!” I threw my journalism notebook to the ground. “And for what? A story about a scientist discovering a potato? What does that even mean? He stubbed his toe on a potato out back?” I laughed a little bit. “Stubbed toe on potato.”

It hits me like a ton of bricks, “This story is genius. I get it! Toe, potato, science, discover, findings, it all makes so much sense!” I bursted into tears. “They don’t hate me back at the office, they’re giving me the best stories!” I laughed through the tears of joy. “This is hilarious!”

I picked up my notebook and sprinted back towards the science center. I went in and the scientists I was interviewing were crying. They saw me walking up and tried to calm themselves to appear okay.

“What do you want?” Presley said while continuing to comfort Thrust.

“I…” I caught myself holding back emotions, watching the sadness in their eyes. Me walking out during their story upset them very much. I didn’t know how much it meant for them to be in the news, and how much of a big deal this is for them. I had taken for granted my journalistic privilege to do whatever I want. I travel the world! What do I have to be upset about. Sure I haven’t seen my family in 9 months, but do I even have a family? Did I just make that up? I’m not even sure anymore!

I went on to interview Presley and Thrust about how they discovered a potato and it was very boring and dumb but the simplicity of it all makes it kind of funny, and I couldn’t help but hold back laughter a few times at the absurdity of it all.

The best part was seeing the happiness on Thrust and Presley’s faces. They were so happy to be interviewed. How often do other people genuinely want to know about another persons day or an even what that they witnessed or experienced.

People like being talked to, it makes them feel important. At the end of the day, if me talking to some guys in the middle of nowhere about a potato brings them joy, and it has slight humor in the wordplay of potato and toe, I think I could just see myself doing this job for another 40 years.