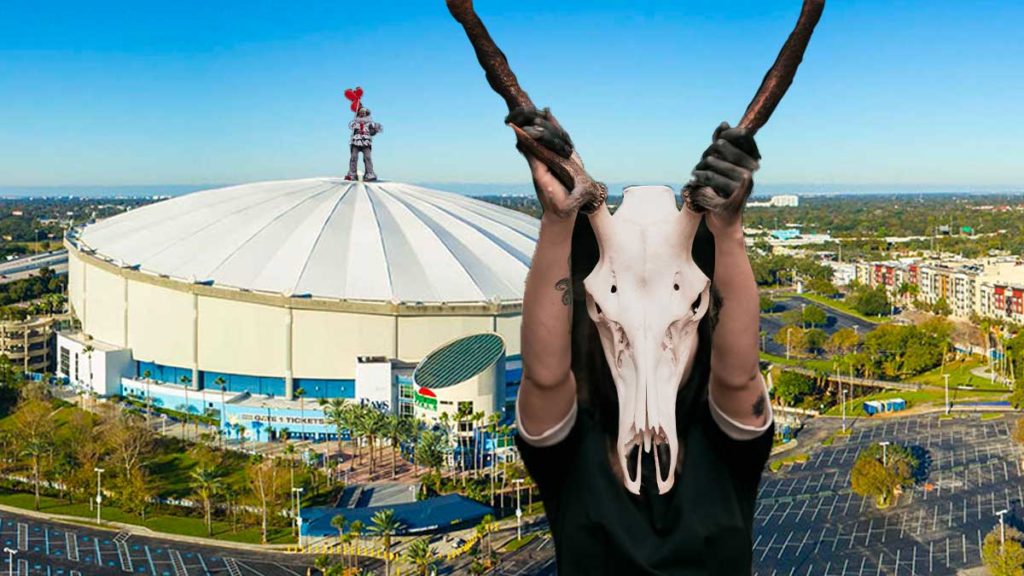 In a wildly fictional series of events, the city of Tampa collectively sold their souls in exchange for a new state-of-the-art Rays stadium, to be built by 2028, centrally located between downtown and Ybor.

Through witchcraft and a combination of dark magic spells, local government officials were able to conjure a portal to the underworld, contact the devil, and propose terms for the trade. Roughly xxxx souls for a modern baseball stadium for a franchise that has the xxxxx largest fanbase in the major league.

The devil considered the trade carefully, and after a few calls to her financial advisor, the devil agreed to close the deal.

The deal has been met with confused joy from Tampans, inspiring questions like, “Why was this a good idea?” However sports theoreticians have claimed this may be a side-effect from losing our souls, and we’re now incapable of appreciating our end of the deal, because we gave away the trait we need to fully enjoy our new baseball stadium.

“None of this sounds real, I don’t remember signing anything that said I would give my soul away.” Said Net Brenner Jameson III, Hog-tier, from Texas who recently moved to Pasco county.

Technically, the terms for the deal were presented in the census, and a lack of activity would be accepted as agreement to the deal, but Brenner did not know this knowledge.

“I never would have moved here if I knew my soul was going to be sold for the construction of a sportsplex.” Brenner said. “I could’ve stayed in Texas if I wanted that kind of treatment!”

Then Brenner attempted to do a cartwheel but s**t his pants halfway through, excrement falling from his pant-waist into his gaping mouth.

He then dusted himself off, and took a Lyft to an AirBnB because he rents out his house while he’s trying to start up a DJ production co-op company that’s used exclusively on the Oculus marketplace.

As for what the Devil will use Tampa’s souls for, she claimed, “I probably won’t change too much. You guys are already leaning towards my side slightly as it is, and I don’t really want to work too hard on you all either, I’ve got more influential souls to toy with, so expect not much of a change, if any, it’s really more of a collector thing, I enjoy having souls registered under my estate, numbers make me feel powerful and validated like I’m doing well, so don’t read into it too much, you’re all going to be fine.”

← Tampa News Force Attempts to Provide Real NewsEDITORIAL: What about the white cemeteries? →