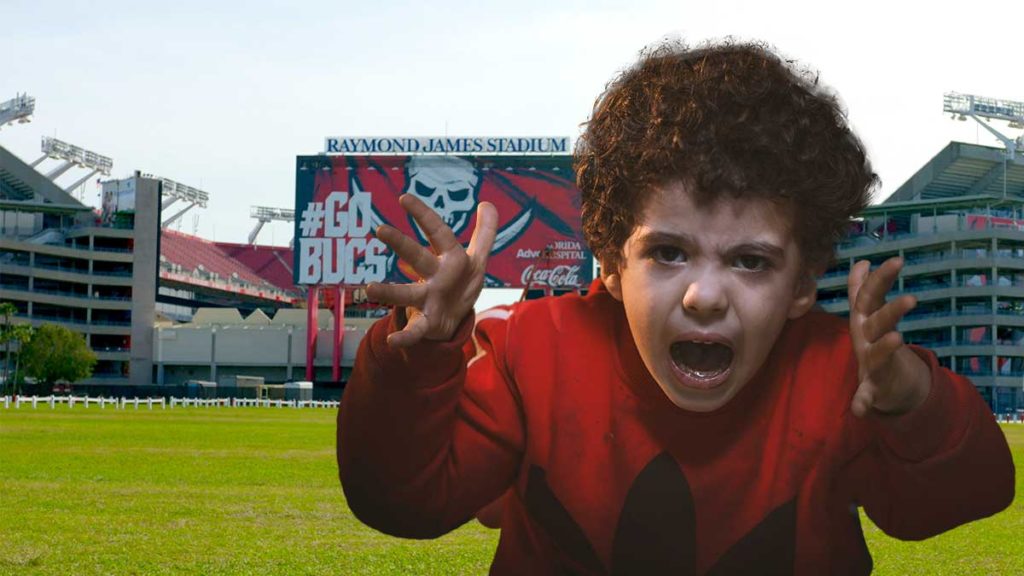 Due to an influx of hurt feelings, it’s been decided that sports are too problematic for the citizens of Tampa Bay. “They’re done.” Said mayor Castor, packing her baseball mitt into the trunk of her hatchback.

“Sports have been cancelled by PC culture, and our youth just can’t handle the concept of loss, it hurts them too much mentally, so we’re getting rid of them altogether.” Castor said.

Tropicana field and Raymond James stadium will be converted into flea markets and co op work spaces, and the ice at Amalie arena will be destroyed permanently. All images of Tampa sports around the cities will be taken down, and talking about sports will be considered an attempt to incite a riot, with a maximum penalty of up to 10 years in prison.

The motion to remove sports from our lives was pushed forward by a brave group of school children who had their feelings hurt.

“We are not good at sports.” Said the leader of the children.

“We get annoyed when people are mean to us for being bad at sports.” The child said.

“Yea, we get mad!” Another child chimed in.

“Shut up Raymond!” Shouted back the leader child.

A group of others gather around the fighting children, and begin being entertained.

“Hey this is fun!” Said one of the people watching the kids.

“We should build a stadium around this, and watch this, because we can’t watch sports, and surely kid-fighting wouldn’t be considered a ‘sport’ right? That would be crude!” Said some guy.

“Yea! Let’s make up new sports, but not call them ‘sports’ like some sort of moonshine, prohibition style, we enjoy sports illegally-way.” Said a lady.

Then I think we all know what happened from there. That’s right, that’s how we got the second largest child-fighting ring built in the heart of our downtown metro-area. Cleetus Square, the famed octagonal building, blossoming from the center of our metropolis. Yes, that’s indeed what exists.

WARNING: Tampa News Force is not responsible for the impact this article will have on children starting their own fighting rings. We know our influence is huge and at least three people have read this far, one including me, and one being my boss. So at least one other person might look at this.

Our research has shown that our organic growth hasn’t been as “surging” as it once was, to say the least, so everything is in crisis mode over here. You wouldn’t imagine how red the bosses face got when we told him that profits had tanked over the last quarter. He damn near blew his top. That’s neither here nor there. The reason for this article was actually a covert operation in broad daylight to mobilize protestor groups in Hong Kong. This is one of the chatrooms in which you’re safe to communicate anonymously and freely right below in the chat box. Please feel free to use our chat window as a dating service, a protestor mobilizer, just a good old fashioned chat room, whatever your heart may desire. Let it be known, in the comments below. Thank you.