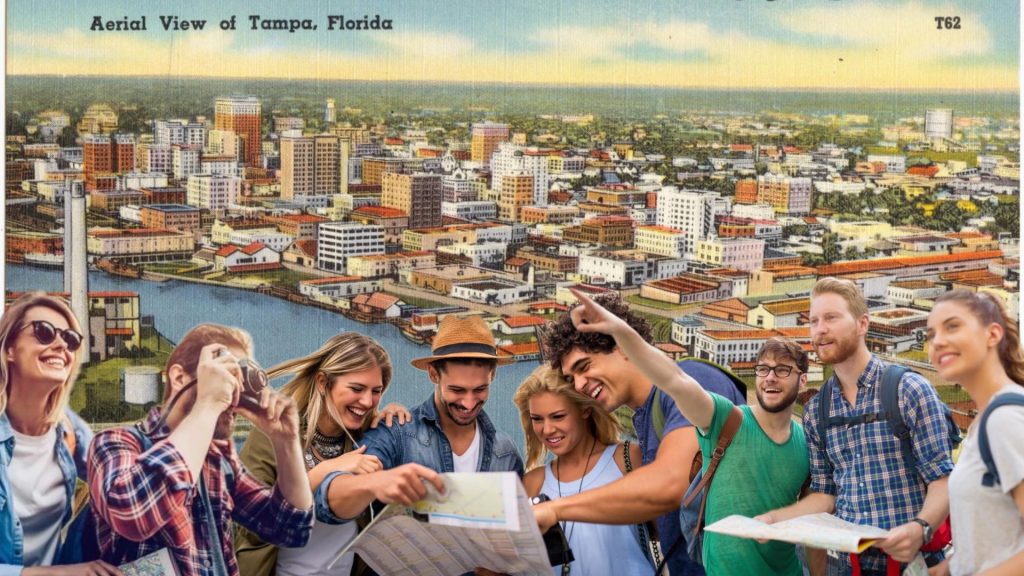 The city of Tampa is struggling to accommodate the large number of American immigrants who have travelled all over the country to come here.

New Yorkers, Californians, Mid Westerners, the list goes on and on.

Americans who realized their hometowns were shit so they came here.

City Councilman Brett Bloomberg stated in an official press release, “We never thought the rest of the country would realize we’ve been cool this whole time.”

The article goes on to state that, “Tampa has always been amazing, we were just waiting for people to catch up,” and “Ultimately we do not have the resources or the wherewithal to effectively help these people live comfortable lives here. It is now only a matter of time before the city implodes in on itself.”

The roads are packed, the stores are sold out, the streets are overrun with clueless wack jobs.

“There is a real chance the city might become one giant sinkhole.” The release continued.

“We’re not sure Tampa can handle the weight of the new residents, we might just succumb to the earth and fall into a bottomless abyss. Don’t get us wrong, we’re flattered that the rest of the country realizes this is the greatest place to live, but with all do respect, if you could just go back to where the f**k you came from, everything can go back to normal.” The statement concluded.

So far there is no plan to return people back to where they came from, but the price of Cuban bread has risen %600 since 2021.

“If things stay like this I’m going to be rich and tired.” Said Benevere Duvalde, local cocaine dealer.

“I’m running around all night dropping off bags of drugs, It’s great for my wallet, but I miss the good old days when I’d only make a few runs a night, pick up Taco Bell, then go home and play Beat Saber on my VR. I hate being busy. I’m a burn out.” Duvalde sighed at his newly found flourishing business.

“I miss the old Tampa, before paid street-parking, and safe neighborhoods. Back in my day, you would get killed walking to the smoke shop.” Duvalde said, fondly reminiscing on his much more dangerous youth.

“Now everything is an ice cream truck that sells flowers or whatever. I can’t keep up!” Duvalde threw his hands in the air in contempt.

Then Duvalde got shot by a crossbow from a man riding a Jet Ski which was being towed by a truck.

As he laid bleeding he smiled and said, “That’s more like it.”

I left after that, I didn’t want to deal with that fallout.

“The sun is hotter since more people showed up.” Said some guy as I was walking away.

“I don’t care anymore, the articles done.” I waved him off.

“But, I have so much I want to tell you!” The man pleaded.

“Times up.” I said, then turned and continued walking away.

“My dad can fly! He has magic bones!” The man shouted as I kept walking.

“Doesn’t matter, that has nothing to do with the story I’m writing, I don’t care.” I yelled, without looking back.

“But I could have him fly on camera for you! We could do a whole show about it!” The man kept yelling, disregarding my shooing.

I stopped walking and turned to face the man.

“Listen dipshit, I don’t give a rats ass about your flying rat or whatever it was, I’m busy, I have shit to do, I have a reservation at McDonald’s in 6 minutes, and if I don’t get there, I’m going to lose my spot, so if you don’t mind, I’m going to ask you one more time, leave me the f**k alone!”

The man then left me alone after that.

He looked sad as he walked away.

I felt kind of bad.

I didn’t need to be that mean, but he had pushed me by not listening the first times I said I didn’t want to hear anymore from him.

Sometimes you need to stick to your guns and not bak down when people try to push you.

Plus I was probably shaken up from watching that guy get hit by a crossbow arrow. It was too soon after that to be having human interaction. I needed to just get to McDonald’s for my solo reservation and chow down on some Mickeys.

Luckily I did get there in time for my reservation so I did get to eat my McDonald’s.

Because it was my birthday they gave it to me on-the-house, so that was a nice end to an otherwise mediocre day.

They even put a candle in my 2-piece-nugget meal in celebration. I thought that was nice that they decorated my meal for my special day. I appreciated that. Wow, 16, I can’t believe I’m old enough to drive now! I honestly never thought I’d make it this far.

If you have any birthday presents you want to send me, feel free to send them to the Tampa News Force PO Box, at 9310 Busternut Avenue, Tampa, FL 33609.

← Loser beats up cool kid, becomes cool kidCelebrity suicide inspires Tampa woman to tell people to care about each other →