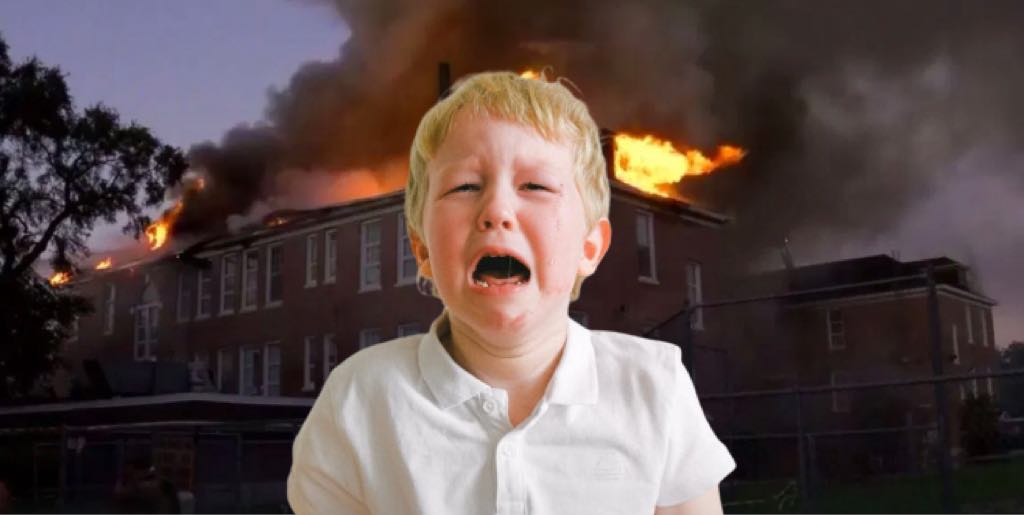 A Tampa fifth grader is in trouble today after his annual first day of school prank went horribly wrong.

“I saw that movie Dumb and Dumber over summer break and I wanted to light my fart on fire to impress everyone,” said Damian Lirimato who was shackled to a table at Hillsborough County Jail. “I wasn’t going to do it, but I lost a bet to my friend, and I had to do it as soon as the bell rang for fifth period or else he was going to punch me four times.”

Tampa Police are describing it as one of the most horrific pyroflatulence incidents in Tampa history.

“This kid farted so hard on that lighter that his teacher’s dress caught on fire, she took it off and accidentally threw it on a bookshelf,” said Tampa Downtown Center School Resource Officer Poblano Enriquez.  “We usually never have any issues with these kids. This is a K-8 school with a bunch of losers, but this kid tried to be cool and now the whole damn place is burnt down.”

Officer Enriquez then took his gun out and started flipping it in the air. “Honestly I don’t know if this school is going to come back and be the same after this,” he added.

Hillsborough County Private Charter School Union, the owners of the school refuse to cooperate with the media about the extent of the damage to the school.  They put out a memo that simply read, “Due to an unfortunate and tragic incident involving pyroflatulence, we will be pushing back the first day of school until we get some sweet insurance money for a new pool.”

Tampa Downtown Center School Resource has pledged to support students with access to their YouTube Premium login so that they can watch informational videos while the school is shut down.