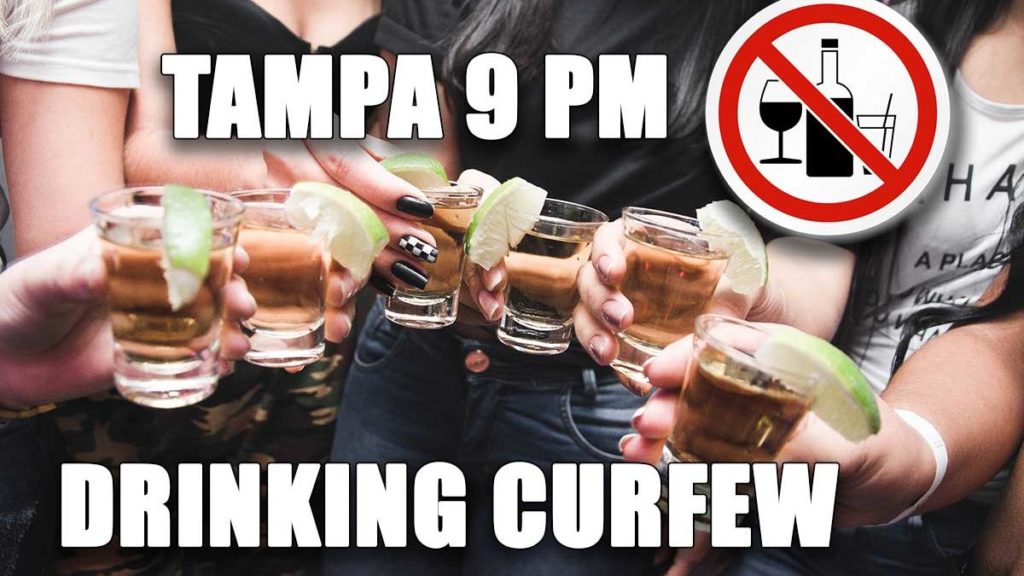 “Have you seen what happens to people?” Said county commissioner Grenk Cordon, one of the key votes in the 5-2 decision to pass the ban. “Have you ever walked down Howard avenue at 10 P.M. on a weekend?” He said pretentiously. “It’s hell!” Cordon threw his hands in the air. “Drunk obnoxious children have ruined the fun for everyone. We thought we were a responsible enough town to handle alcohol in a responsible, adult, way. But no.” Cordon looked at my shoes. “Did you know somebody threw up on my shoes last Friday night?” Cordon said. “Of course not! You were probably out drunk, just like the rest of them!” Cordon walked away from me, brushing my shoulder aggressively, making contact with his. I fell to the ground, and broke my glasses.

“Oh no, my reading glasses!” I said. “I can’t do anything without these! I can barely see!” I thought out loud to no one. I stood up and another man placed a new pair of glasses over my face, which happened to be my exact prescription. “Wow, thanks mister!” I said.

“No problem kid,” said the stranger.

“I’m Grenaldo Planky, owner of two of the bars on this street,” he motioned towards the Howard avenue sign. “Them banning alcohol past nine is going to ruin my life!” He said furiously. “Here come with me, I’m planning something.”

“Ok.” I said, following him as he walked down the street. “Where are we going?” I asked.

“I’m going to take you to one of my bars,” he said. “I have some things I think you’re going to like.” Planky kept walking.

“Weapons!” He shouted. “Guns! Knives! Ammo! Grenades! Bombs! I’m going to take down the local government because they’ve messed with the wrong-“ his shirt snagged on a chainlink fence mid sentence.

“AH!” He screamed in pain. “OUCHH!” He riled back, still stuck to the fence. “HELP ME! HELP ME!” He screamed to me. “Get me off of this fence, my nipple is stuck!” The fence had pierced his shirt, skewering his left nipple. “OWWW!” He continued to scream. “HELLLP!” He started panicking.

“Ok, ok, I got you!” I yelled as I tried to carefully remove the barb of metal fence that was stuck to the tip of his left breast.

“JESUS CHRIST KID!” He screamed as I ungracefully removed the fence from his nipple.

He was finally free, and he cupped his bleeding chest with his hand.

“At least it didn’t get caught on the right one, that’s the one that’s pierced!” Planky said, sense of humor returning. “Anyways, are you ready to see the stockpile of deadly weapons I have in one of my Soho bars?” Planky said, but as he turned, he came face-to-face with a cop.

“I heard what you said Planky.” The cop said, staring dead into Planky’s eyes.

“You’ll never catch me piggy!” Planky squealed, ripping his clothes off before beginning to prance around the street.

“I told you to stay away from the journalists, Plank!” The cop yelled, while trying to unsuccessfully catch Planky.

“This guy owns two bars on Soho?” I asked the cop curiously.

“Let me guess, he got you with the bloody nipple trick?” Asked the cop.

“Yea, he pretends his shirt gets caught in a chain link fence, and severs his own nipple in the process, for fun, it gets him off, he’s a little off.” Said the cop.

“Wow, that’s fascinating.” I said, still in a bit of shock from the whole ordeal.

“Anyways, don’t tell anybody about this,” the cop said. Then he slowly raised his gun up and pointed it at a still dancing Planky, three blocks away down the street. “We’re allowed to shoot three people a month without getting into any legal trouble. Here goes nothing!” The cop closed his eyes in anticipation for the pistol blast, however I knocked the gun out of his hands in the last second.

“No!” I screamed. “Don’t shoot Grenaldo!” For some reason I felt deep empathy for Grenaldo Planky, and I became emotionally attached, even if it was just on the most basic humane level of not wanting to see someone get shot.

“Big mistake,” The cop said as he gained his composure which turned from befuddlment to rage.

“Oh God, what have I done!” I shouted as I began sprinting in the opposite direction. “I’ve risked my whole life and career, just to save an arguably mentally ill man!” I thought as I sprinted. The cop didn’t seem to be gaining on me, but he was keeping pace, only a few steps behind me as we ran blocks at a time, heading towards Bayshore.

“This is your last chance kid!” The cop yelled, bouncing as he ran. “Stop now, or I’m going to kill you and get away with it!” This scared me a lot, so I was able to run a little bit faster, gaining distance from the cop. We reached Bayshore, but I didn’t stop sprinting.

I continued running straight ahead, jumping off the Bayshore wall, diving right into the very shallow water, not thinking about it.

I hit the water, and my legs turned into the bottom half of a mermaid and I began swimming faster than I ever imagined, turning back to see the cop leaning over the railing, watching me in awe while scratching his head.

“Suck it cop, I’m a dolphin!” I shouted, incorrectly identifying myself as a dolphin instead of a mermaid. “I can’t believe I never knew I had these powers!” I thought as I swam faster and faster, towards the open gulf.

“But if I head to the gulf, my life on land is over.” I thought. “Oh well, wet life is the new dry life.” I rationalized to myself. “I’m going to miss you world. I’m going to miss my friends. My family.” I began to tear up, but you couldn’t tell because I was underwater. “I guess this is it,” I thought as I swam past the major Tampa bridges, leaving the country behind. “I can’t believe I’m never writing another article again. My life as I know it is completely over.” I continued to swim until I saw nothing but water in every direction.

The calmness came over me, which I never felt before. I felt the water washing over my body, completely engulfing my soul, as I adapted more and more to water life every moment that went by. I sank into the water. I let myself become heavy and relaxed all the muscles in my body, letting the wake decide my movement. I reached the ocean floor. My eyes got heavy. I said one last prayer then I let my mind shut off.

I fell asleep at the bottom of the ocean. When I woke up I felt like a whole new person, full of life I’ve never felt before. I torpedoed from the middle of the ocean, back to the shores of Tampa, figuring out the direction simply by intuition.

As I tried to hoist my mermaid body back onto land, my bottom half immediately turned into human legs again. “My legs!” I screamed in joy. “They’re back!” I couldn’t believe it. My metamorphosis had reversed, I was a full human once again! I walked to the nearest free paper machine that was full of real estate catalogs and other worthless stuff nobody reads or uses. ‘Autotrader issue no. 369 December, 2065.’

“What the hell!” I thought. “I’ve slept for 45 years! Underwater!” I couldn’t believe what happened. I started to notice that the architecture was vaguely futuristic, and cars seemed to be gliding without touching the ground using some sort of magnetic infrastructure. I was completely overwhelmed by this discovery, and I blacked out.

I woke up in a jail cell. An old man was standing behind the bars on the free side, laughing at me. “You should have just stayed down there.” Said the old man. It was the cop who tried to shoot me.

“Oh my God, no!” I shouted, frantically recognizing the dire situation I was currently in.

“You should have just let me kill Grenaldo.” He said, in a more serious tone. “It all could have been so easy.”

“What happened to Grenaldo?” I said.

“Yes, he’s the President. And the world is a better place than it’s ever been.” He said.

“Oh my God!” I said. “This is insane!” I shouted, as delirium began to overcome me. I lost normal mental capacity due to the overwhelming stress. I blacked out.

I woke up in the Oval Office. Grenaldo Planky was sitting at the head of the desk, looking very clean and composed. Sharp.

“Grenaldo?” I said, coming out of my haze. “What’s going on?” I asked, barely keeping my sanity together, even though it had only been seconds of being conscious.

“It’s all over.” Planky said. He stood up from his desk and looked out the window. “You passed out in that jail cell 5 years ago, and I finally found out you were still alive.” He turned back to me. “They kept you in a mental hospital after that crooked cop beat you senseless. You were only inches away from losing your life.” A tear came down his face. “I had been looking for you since that day you saved my life. You changed my life.” Planky looked around at the grandeur of the room. “I became President, just to find you.” He said, as more tears began pouring down his face. “I knew you were alive. I knew it!” His voice raised. “I knew you were out there, and you saved my life, for no reason! I didn’t deserve the life I had and you saved me!” He yelled. “I owe you everything.” He paused. “What can I do to repay you for making me the person I am today.” Grenaldo asked.

“Anything you want.” He reiterated.

“Anything.” He said, without hesitation. “Anything at all, you name it.”

He stared at me seriously for a moment, before breaking into slight laughter.

“I know.” I said. “But…” I struggled to express my feelings.

“What is it?” Planky asked, coming closer to comfort me.

Planky again took a beat before letting out a bellowing laugh.

I gave him my hand.