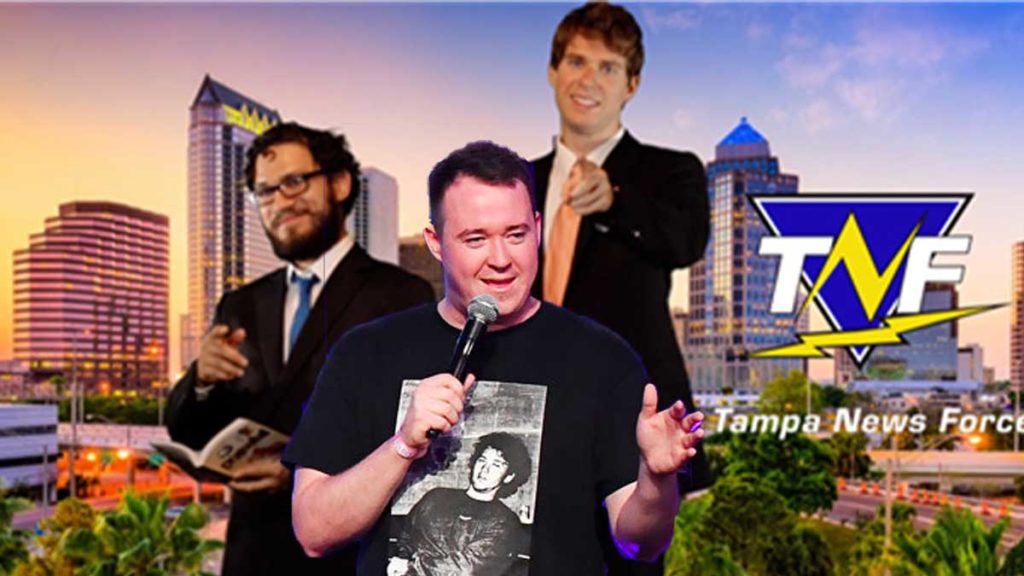 After his public shaming and firing from his future job, Tampa News Force acquired Shane Gillis as a full time writer.

“It’s an honor to get the gig.” Gillis said.

“I worked with one of the TNF co-founders a month ago at a comedy club in Tampa. I knew I was a perfect fit for the company! If you thought what I said was bad on that podcast, you should hear what I said to the TNF co-founder!” Said Gillis as he let out a guttural laugh coming from a place of darkness.

“I can’t imagine I can do anything to this s**t company worse than they’ve already done to themselves!” Gillis continued.

“I mean these a**holes are real nobody, bottom-of-the-barrel, scumbags in my opinion! That’s why I’m going to try my best to work from the inside and take the company down. What’s the point of their existence anyway? Parody? Of what? The articles get so abstract past the first few sentences it’s like they’re really testing the readers to see if they’re there at all! Can you imagine how obnoxious that quote will sound written down? ’See if they’re there at all?’ How f***ing dumb is all of this going to look! If I’ve said it once, I’ve said it a million times, Tampa News Force is a s**t company and I couldn’t be more happy to join them on their last few days before they inevitably implode.”