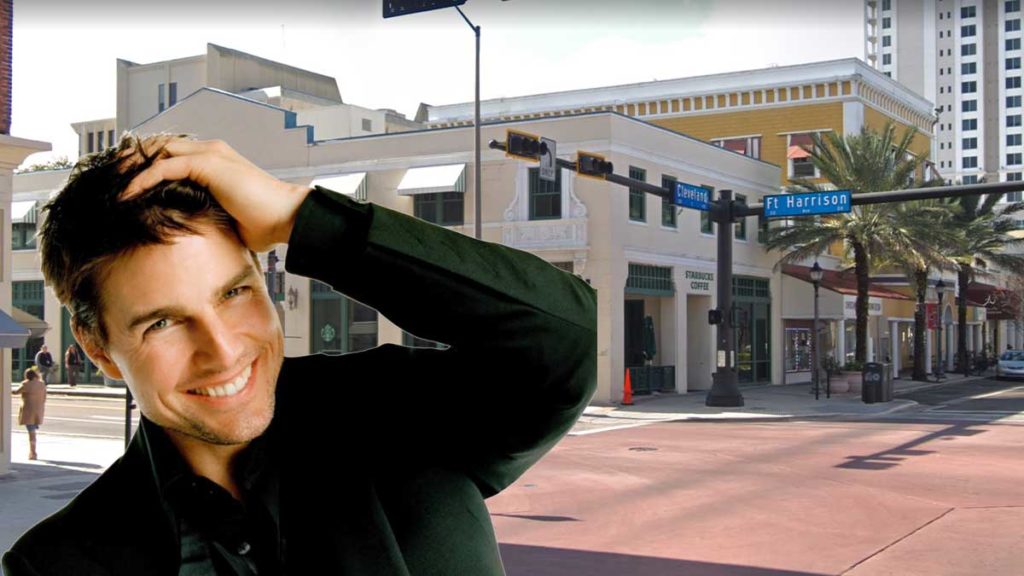 After purchasing a majority of the property in Downtown Clearwater, the “church” of Scientology has taken over the local government and installed Tom Cruise as the permanent mayor of the city.

“We love this part of Florida because it’s easy to kidnap people and force them to work for us in exchange for a place to live and comradery,” said Cruise while taking a break from filming a scene for his upcoming Mission Impossible film.  “When I’m not filming action scenes, my main focus will be to make sure that the City of Clearwater stays pure and free of excess thetans.”

“What is that?” I asked Cruise.

“Before I answer that, you look a little stressed,” Cruise said while rubbing my shoulder in a caring way.

“I’ve been going through a lot and sometimes everything feels hopeless,” I confided in Cruise.

“I think I know something that will help with that, have you ever considered taking a stress test?” Cruise pulled out an E-Meter and began to test my stress levels. “As mayor of Clearwater, I will make sure every man, woman and child is receiving regular stress tests.”

After giving me my stress results, Cruise invited me back to his penthouse overlooking Downtown Clearwater. We discussed politics and the policies he is proposing to ensure that Clearwater remains a tourist centric community.

“When people come to Clearwater, they won’t be able to walk more than 50 feet before someone asks them if they want to see a free film,” said Cruise. “I dream of a city where Scientologist can be who they truly are inside.”

Cruise stood in front of his window overlooking Downtown Clearwater.  “Because once you see what’s inside of me, you will know why I can’t let you leave.” He then ripped his face off to reveal that he was secretly a robot.

Robot Cruise then turned to me and began to charge up an energy blast.

I ran for the door and swung it open, but John Travolta was standing there waiting for me.

“Leaving already?” Asked Travolta as he sneakily walked towards me.

Travolta and Robot Cruise cornered me and then I blacked out.

I awoke several hours later in an empty, windowless room.  I am currently writing this story on the walls of the room with my own feces awaiting for someone to open the door and let me out.