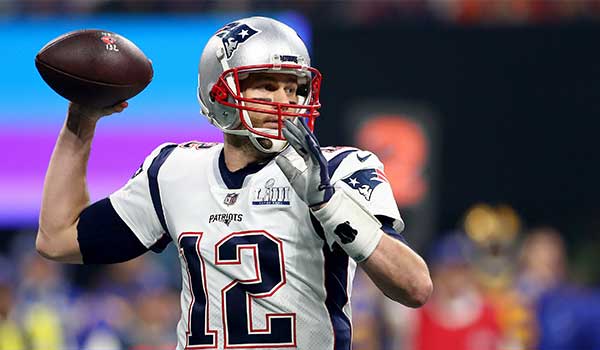 While quarantined at home like the rest of us, Tom Brady has decided to spend some of his extra free time writing articles for Tampa News Force.

“I figured this would be a great way to get to know the city that’s going to be rooting for me all the way to the Super Bowl,” said Brady during his job interview with the Tampa News Force management.

The management at Tampa News Force was reluctant to bring on such a high-profile personality to the team because of the current lack of funding, but Brady begged us to let him on as a trial hire to prove his writing worth.

“We tried to tell Brady that this was hard and dirty work that goes severely unnoticed,” said TNF Senior Supreme Executive Premium Content Editor, Clark Brooks.  “The media is a tough business that breaks 99% of the people who pursue it, and Tampa News Force is no different.”

After passing his written and physical portion of the interview, Brady was officially knighted with the samurai sword of journalism, christening him the newest member of Tampa News Force.

“I won’t let you or the owner of Tampa News Force, O.J. Simpson, down,” Brady said.

We then had to tell him that O.J. Simpson is no longer the owner and that we are currently owned by the readers who are actively controlling our fate.

“Well if that’s the case, then I hope they read this, because I’m about to fuck their brains with some journalism,” Brady said before throwing a football directly at me, bouncing it off my chest real hard and causing me to lose all the air in my lungs.

That’s how we greet each other and say goodbye in the Tampa News Force office, by throwing footballs at each other.