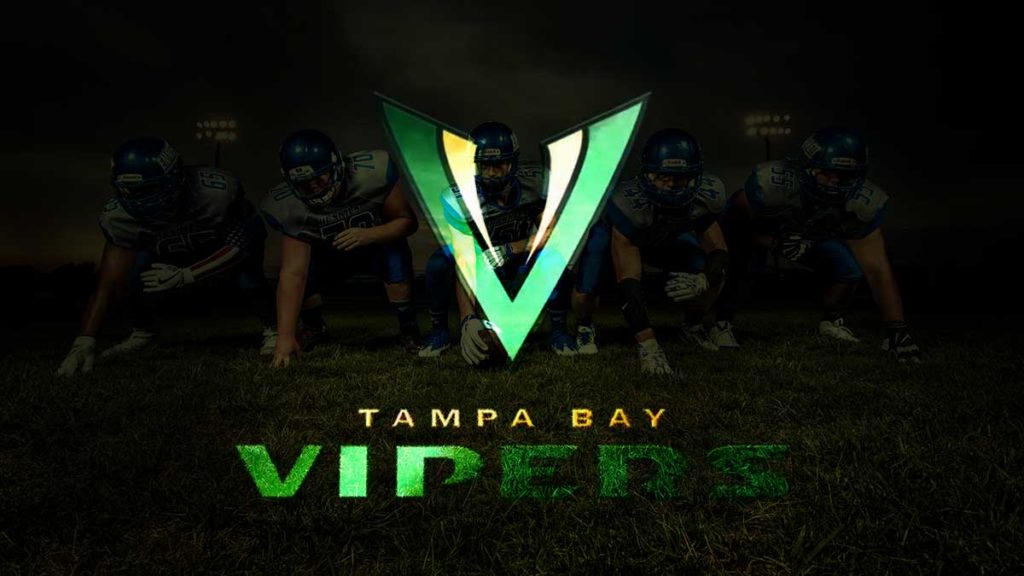 The front office of the Tampa XFL team has released a statement claiming that the upcoming season for the Tampa Bay Vipers has been cancelled before it even started.

“Due to the underwhelming response from the community regarding our Florida branch of extreme football, we will be cancelling our participation in this calendar years’ XFL festivities. We’re hoping to create more ‘hype’ before we begin competing, for the sake of our players, and our fan. There have been psychological studies concerning under-appreciated athletes, and it’s in the best interest of our city’s safety, to just shut it down before it begins.”

The alt-football franchise has outlined a 5-point plan to potentially engage future viewers, through a series of street-team promotions, and TV spots featuring live Vipers interacting with the team mascot.

For one week only, in a partnership with Chic-Fil-A, local Amscots will be giving away Viper-meat flavored bubblegum sponsored by the Vipers. There will also be “Viper Break-ins,” where players for the Vipers will be legally allowed to break into your homes and cars, to place free tickets in fun locations.

“It’s either people come to these games or I lose my job and go back to what I used to do,” Said head of fan-base development for the team, Hendrick Wells, as he furiously chain-smoked cigarettes in his cramped office.

“You see all this stuff?” Wells kicked an opened box of Viper leg warmers.

“I’ve gotta move all this stuff ASAP or I’ll be right back to what I used to do!” Wells continued vaguely.

I didn’t ask what he was referring to because I was scared.

“You can help me, you’re not doing anything!” He grabbed at my knee.

“Whoa mister, I’m working right now with Tampa News Force as a journalist, I don’t really have time to help you mastermind some plan to get people to become Viper fans.” I said.

He stepped on my hand, squishing it against the chair arm.

So now Tampa News Force is officially an unpaid intern for the fan-based development team over at the Vipers and I have to bike to and from their HQ every morning just so I can make it on time here to boil my bosses coffee. He doesn’t know that I have another job before this now. I can’t believe I was physically intimidated into working full-time for a company for free against my will. I’m so weak.