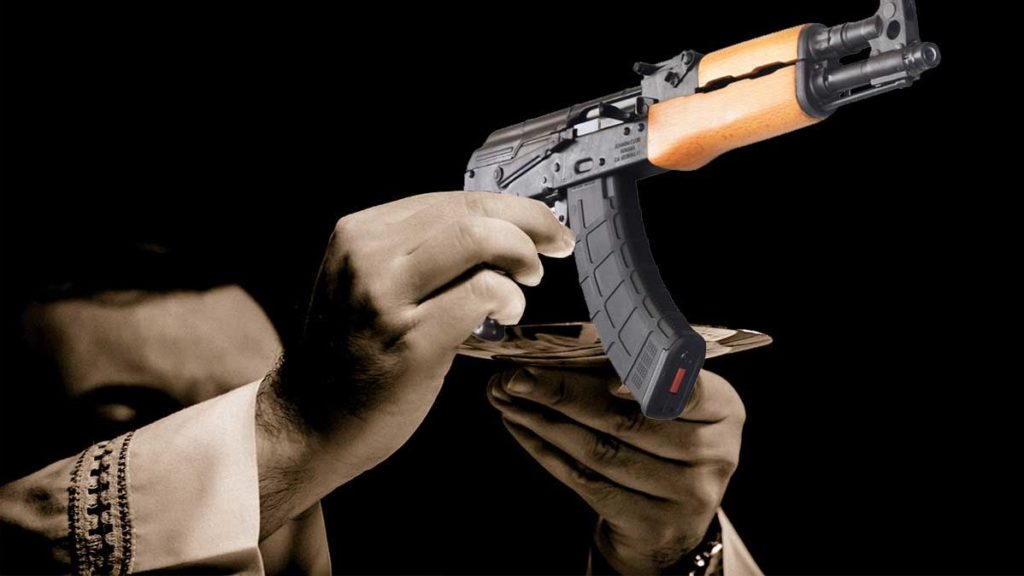 The St. Nicholas Church of Westley Chapel has come under scrutiny after their pastor has started blessing patrons’ guns during his Sunday services.

Deacon Klenn Michaels, the head pastor who has been preaching at St. Nick’s for over 15 years, just recently had the idea to begin blessing guns.

“The lord came to me in a dream.” Michaels said. “He visited me and he told me, ‘someone has to do something with the guns.’ And I didn’t really understand what he meant by ‘something,’ but I’ve started blessing people’s guns, that’s what I think God was telling me to do.”

Michael’s opens his eyes and smiles at me with a warm happy trustworthy, comfortable, smile.

“I’ve been blessing people’s guns, and praying on the Bible for people’s guns safety, and so far it’s worked, every gun I’ve blessed has remain unused, and many of them have actually sold then been re-sold on the internet, for thousands of dollars, you’d be surprised what some people value, but that’s not up to me to judge, that’s up to the lord, and I’m just a vessel to propagate his message… I think.”

Pastor Michaels shakes my hand and hugs me before I leave, and despite him saying some things that didn’t really add up, I accept his answers because he seemed genuine enough, so even if he doesn’t understand what he’s doing by blessing people’s guns, his heart is in the right place and he has good intentions. And that’s what matters.

Three people have sold Klenn Michael’s blessed guns for upwards of $15,000 to righteous collectors from wealthy parts of California. A recent trend in Silicon Valley is a battle of the elite trying to buy the most sensational religious relics and artifacts, whether they be real or not is not the pleasure of the game, but more the background of the item, and Michael’s weapons have been selling like hot cakes.

Some people are upset that there are guns in the church and can’t seem to grasp the concept that the church is actually safer now because there are so many guns inside. Critics are using things like “charts with relevant information proving patterns,” but that hasn’t deterred the true fans and believers of St. Nicholas church.

“I’m so happy pastor Michael’s blesses guns, I love my guns and I love god so to be able to combine my two favorite loves just really fills my heart up with glory in a holy way which I’ve never felt before, and I couldn’t thank him for.”

“He’s a really good guy, and we all like him, and he’s done nothing wrong.”

Turns out it’s true because Klenn Michael’s has an absolutely pristine legal record along with a sterling academic history proving him not only fit to be a pastor, but most likely fit to lead any company or country, including the position of president of the United States.

“We’ve been trying really hard to get him to run for President.”

“He says he doesn’t want to run because he’s just a simple man who wants to bring the lord into people’s lives, but he doesn’t know what’s best for him, so we’re going to force him to run.”

Michael’s stated that he will definitely not run for President, however there are already 600,000 signatures petitioning him to run, so while he claims he will stay strong and not run, a shadow super-pac has already raised over 6 million dollars for his potential campaign. If he choses not to run, the money will go to the Elvis Presley museum fund.

Anyone is allowed in the Sunday service, and no guns will be turned away.