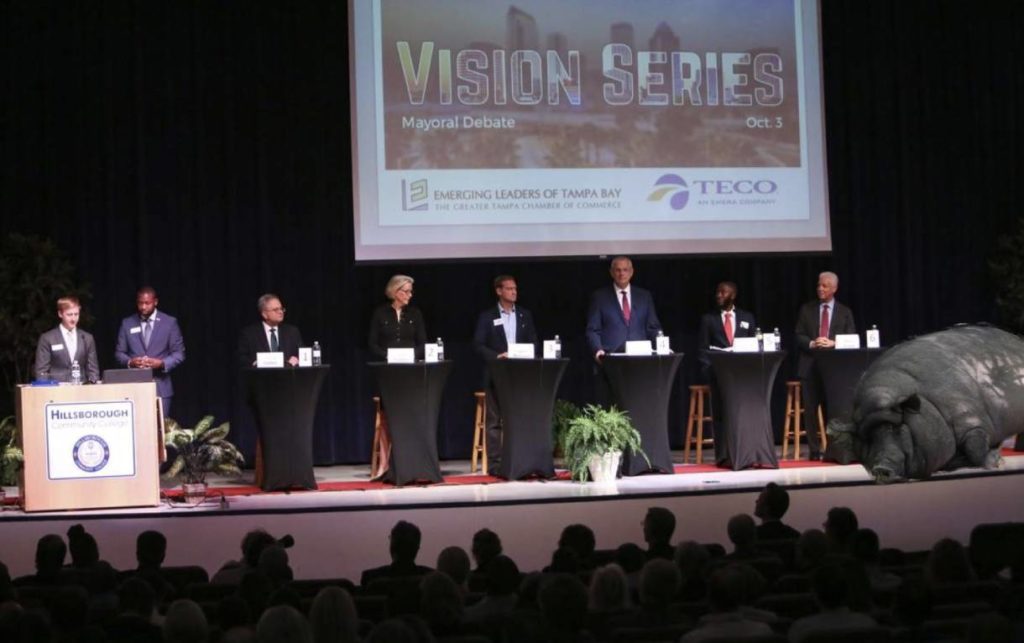 “Bertha” The “World’s Fattest Pig” as quoted by the sign at the state-fair, has entered the Tampa mayoral race, after winning the hearts of Tampanians during her last visit to the fair-grounds.

“She’s just so darn cute!” Says Betty Coop, mother of six, four of them on leashes. “She’s just the sweetest fat little thing!- Cooper sit down!” She jerks one of the leashes. “Cooper sit down! Sit! No funnel-cake, you had the deep-fried Jenga pieces at the last tent!” She turns down her hearing aids, “I can’t wait to go to sleep tonight.”

The local government is confused as of what the logistics will be of having a giant fat pig as the mayor, however some have already joked that it really doesn’t make a difference. “Pig, man, whatever.” Says, attorney Bill Watts. “We’ve been working on how this thing’ll actually work, and I figure we just make some kind of big trough in the mayoral mansion, then have some care-givers feed it or some sh*t, I don’t know who gives a f**k, who do you work for?” We leave through the fire escape as he begins dialing 9-1-1.

If elected, the pig will have full access to the legal powers that come along with being the Mayor and will be expected to attend city council meetings and hold town hall forums. “I mean as long as we can look at it without paying the $1.25 like fair charges, I think we’re getting a good deal,” Says “Scum Steve” as his name-tag reads. “I love the fair. We all love the fair. It’s the only place you’ll see confederate flag Jordans. I mean, we all just come together to appreciate the cuisine and the deals on Japanese replica swords, my wife bought a hot tub here once!” Scum looks sad. “Now Ned gets to use it, I don’t even get to use the hot tub.” He stubs his toe kicking a brick then wanders off.

When called for comment on the situation, the fat pigs office never picked up the phone. It rang 60 times, until eventually a squealing noise was heard and then what appeared to a males voice quietly whispered something indistinguishable and the phone was hung up.

Big plans for the city will come if the fat pig is elected and given a chance to recognize its new surroundings and gets used to its new luxurious menu. “No more regular gruel for Bertha!” Says an ominous voice through a loud-speaker in our office. “Bertha gets the good stuff now!” We immediately disconnect the speakers and begin investigating their origin.

No word on how the fat pigs salary would be handled, officials are considering pouring baskets of money into the pigs enclosure and seeing what happens.  The Tampa mayoral election will be taking place Tuesday, March 5, 2019.