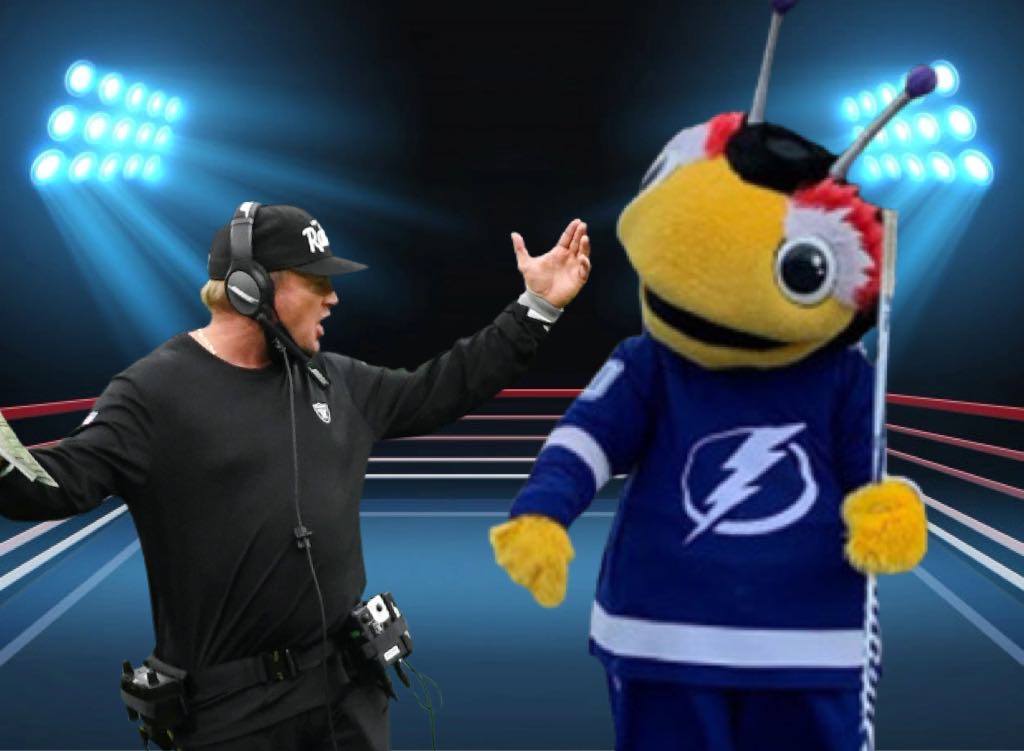 “I’ll tell you what man, I don’t like that bug, man,” Gruden said in an interview with TNF.

“That guy really rubs me the wrong way, man. Always trying to ‘Be the Thunder.’ Where’s my Thunder, man? I want some Thunder.” At this point in the interview, Gruden began uncontrollably weeping. It’s been a rough month for the former Super Bowl winning Head Coach, who stepped down from his position with the Las Vegas Raiders on October 11th after calling the Head of the NFL Player’s Association multiple racial slurs. And calling the NFL Comissioner multiple homophobic slurs. And sharing nude photos of multiple NFL Cheerleaders.

However, Gruden feels that knocking out his local hockey team’s beloved mascot is exactly the thing to put him back in the public’s good graces. When asked how he thought the fight would impact his image, Gruden responded: “When I steal that bug’s Thunder, I’m gonna get so much pussy, man. Hey have you seen the tits on this cheerleader?” TNF reached out to ThunderBug for comment, but received only this message from his team: “ThunderBug is a mascot and literally can’t talk.”