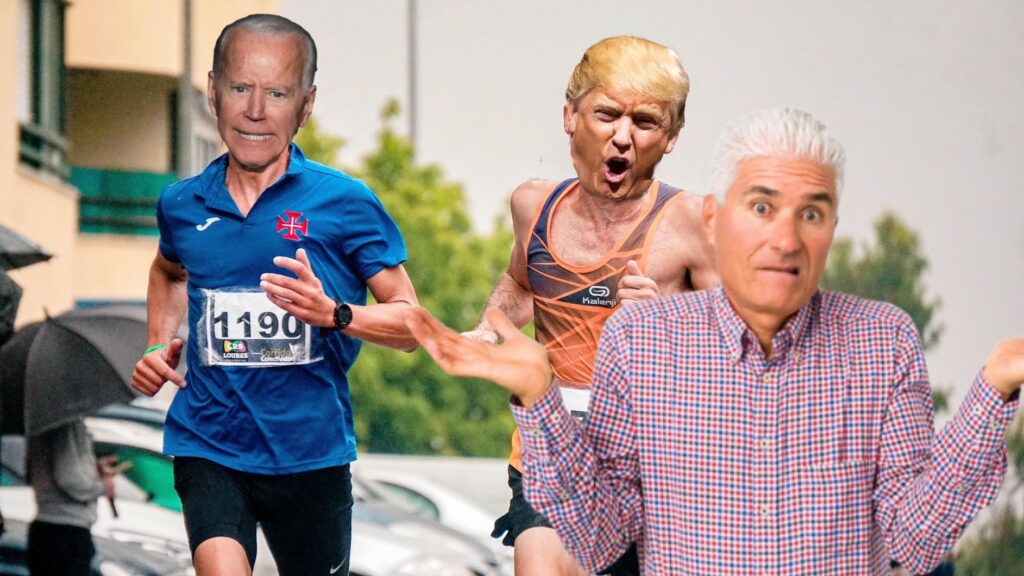 Republican and Trump supporter Brandon Brently from Sarasota, FL explains why he voted Democrat in the current presidential race.

“I thought for sure Biden would win! I mean look at Trump, he’s got that weird posture all bent-over-like when he walks, like a velociraptor with a spine disease— I don’t think he’d be much good at running. And if he did start running his hair would fall right off in the breeze, he’d have to keep stopping to get it. He’s a brilliant man, great at golf, but don’t think he’d be too good at racing” said Brently.

“When I got my voting card in the mail, let me tell ya some of those other representa-tative and mayorial choices were tough to pick who I’d think win a racing match. There was this woman and this old guy racing each other. Now I’d usually bet on the guy cuz you know how broads are—not too great at sports unless you count boot shoppin’!—but he was so old coulda been beat by a butter knife. Didn’t know who to choose on that one, but I was dang sure about the presidential race! It’s gonna be a slow show, but Biden’ll win no doubt. I even placed my $300 bet in the envelope and mailed it off early ‘n everything” Brently continued.

“Later I see all these crowds forming at the polls and I’m thinking they must be bettin’! Then I see the scores on TV with the map and I think ‘Dang how are they fast enough to run all over across the country like that?’ Later my niece says they were voting for who they want to be the next president. Damn hell wish someone woulda told me that!!  I tell ya this thing’s rigged.”

The man was later spotted driving to the White House in a pickup truck to inform officials of his actual vote in person.