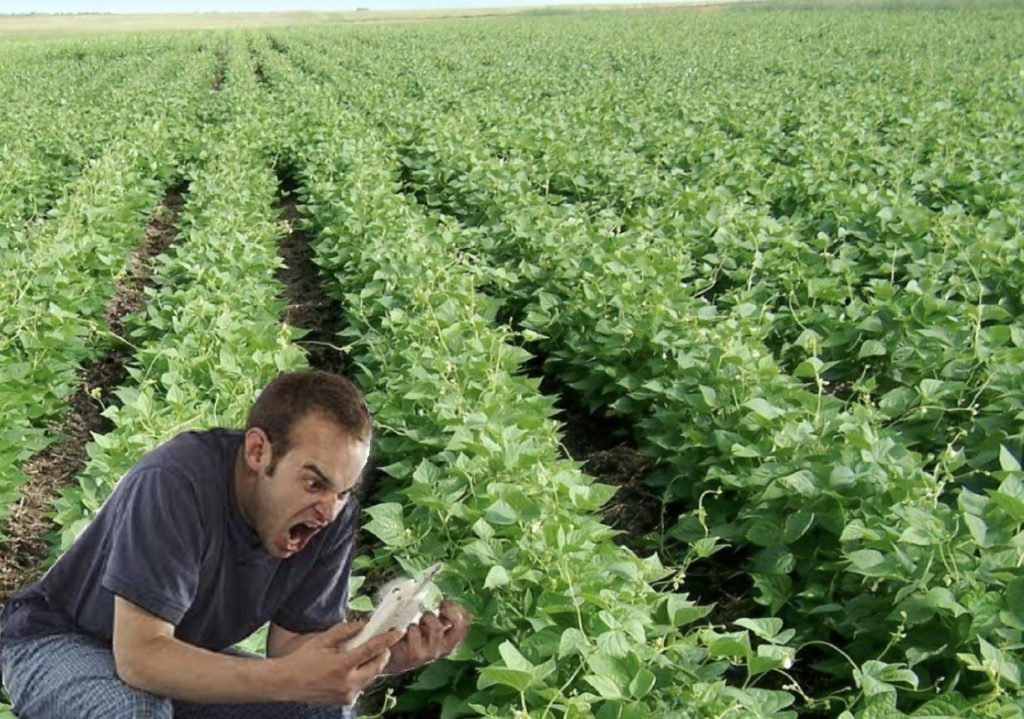 After a long brutal winter that decimated much of his yield in 2017, Plant City farmer Phillip Retchers vowed to make it up by planting the largest strawberry harvest he could.

“I had to do everything I could to make up that loss,” says Retchers. “It wasn’t until it was too late that I realized something was wrong with these strawberries.”

Retchers woke up one morning to find his 500 acres of strawberries were actually pinto beans.

“At first I took out my aggression by getting drunk and yelling at my tractor,” says Retchers as he showed us around his barn and casually pointing out the tractor he verbally abused. “My wife calmed me down eventually with a shot of Jack and some hushpuppies, figured I might as well finish growing them and move on.”

Although Retchers informed us he is saddened he won’t be able to take part in the Plant City Strawberry Festival this year, he hopes they will make an exception for his unusual crop yield.

“The organizers said they don’t want kids running around picking em’ beans during the strawberry fest because of their pinto nature,” says Retchers, in a very serious manner. “So instead we are just giving kids lit roman candles and letting them run around the field.”

This years Plant City Strawberry Fest beings on Thursday, February 28 and ends on Sunday, March 10. Those who would like to help Retchers burn down his bean farm are encouraged to wear athletic clothing and closed toed shoes.