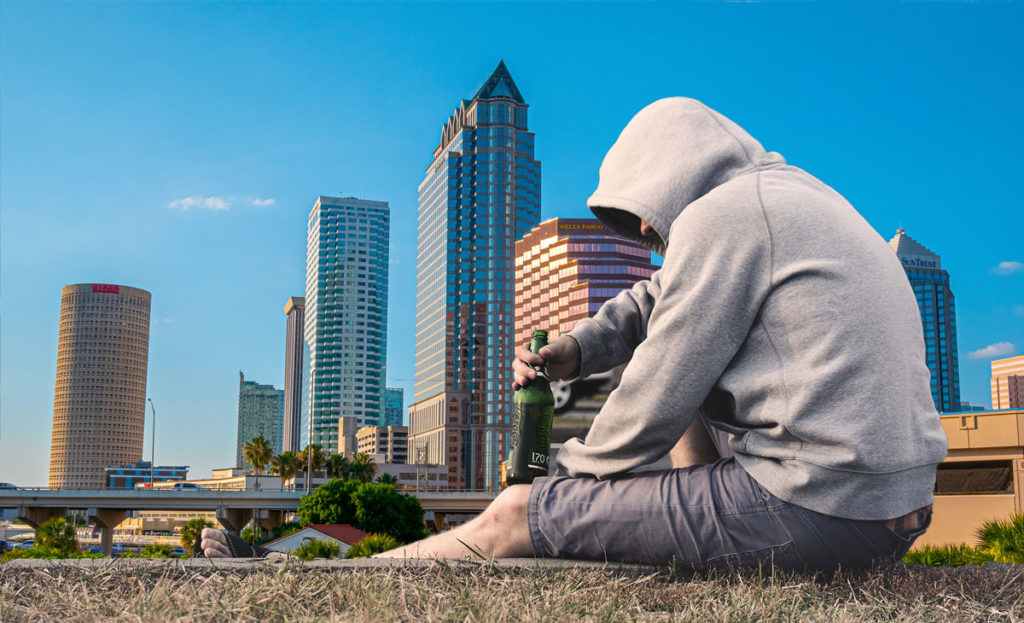 Citing an extensive list of breweries and craft distilleries within driving distance from each other, Drink Time Magazine has named Tampa the best city in the world to get black out drunk.

Penn went on to describe an adventure he had recently that began with some vodka samples in Ybor City and ended with a knife to his neck in the back of an ABC Liquor Store near USF.

“First time in my life I’ve ever had to perform some sexual acts on a stranger to survive,” said Penn before handing me a nearly empty bottle of ABC Liquor brand Vodka. I took a sip of the vodka and handed him back the small plastic pint bottle.

“I usually never drink vodka, it makes me black out pretty much instantly,” I said before blacking out instantly and waking up several hours later on the floor of a furniture-less trailer in what I later discovered was New Port Richey.

“Rise and shine buttercup,” I heard a random voice in the trailer say.

I looked down at the man I was handcuffed to, it was Florida Congressman, Matt Gaetz. “Ah dude, I hope I didn’t drive last night,” said Gaetz before standing up to look out the window.

Gaetz’s noticed his car was parked out front at a weird angle, and the hood was covered in blood.

“I must have hit something again,” said Gaetz in a disappointed manner. “It’s okay, my daddy will help me out.”

“Your dad is going to save us from this methed-out lunatic here?” I asked Gaetz.

“No my sugar daddy, the man who donates to my campaigns, he will know what to do.” Gaetz frantically searched for his phone but the Meth Man held it up from across the hall.

“You looking for this,” the Meth Man said before opening the door and chucking the phone out into the streets. “I’m not allowed to sell anything to the pawn shops around here, so electronics are worthless to me.”

The Meth Man paced around the trailer laughing maniacally. “I can’t have electronics but I do have this gun and it grants wishes.”

“I wish you would shoot me and end this nightmare!” I screamed as Gaetz attempted to calm me down.

“Dude I’m not about to be handcuffed to a dead body,” said Gaetz while trying to keep everyone calm, but it didn’t work and the Meth Man shot me multiple times.

I am now currently dead and Gaetz is still dragging my body around because he finds it easier to do that than to cut my hand off.