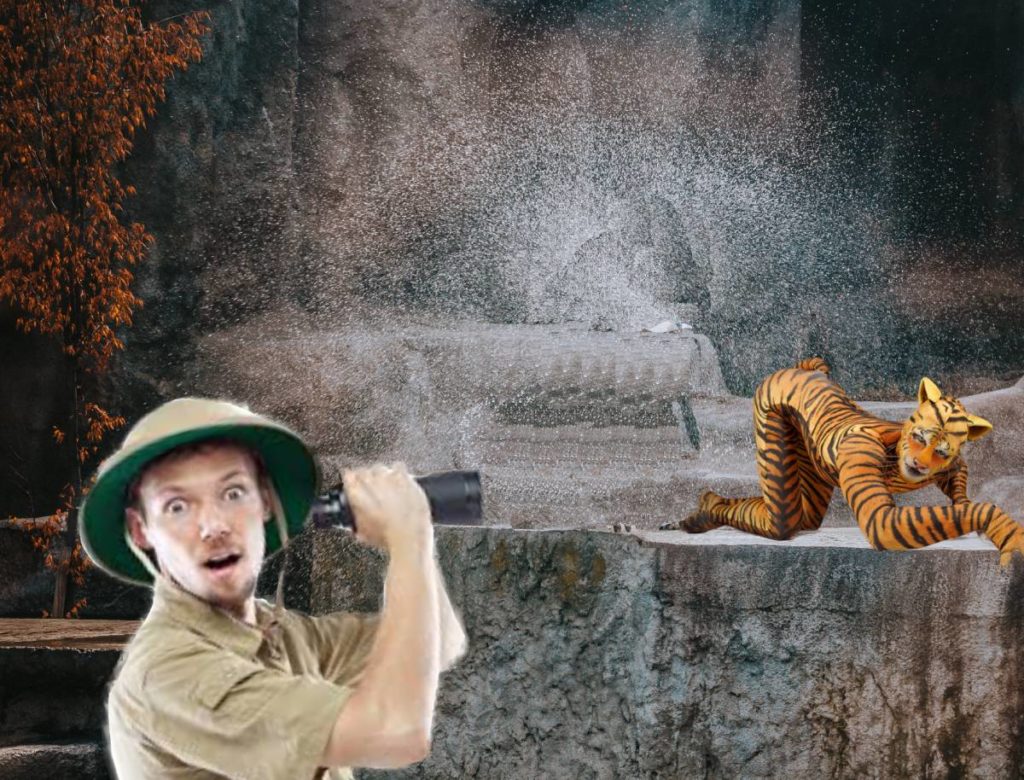 In an effort to bring in more millennials, the Tampa Zoo has decided to replace all of its animals with painted strippers.

“We’ve tried every single thing we could, but for some reason the only people who want to come here are kids and their parents,” says Tampa Zoo Marketing Director Osher McGauns. “We want this zoo to be the next happening place, and what better way to do it than with hot bitches and body paint.”

McGauns took out a little mirror and began snorting some white substance, he then made an excited yelping noise before his secretary escorted some freshly painted strippers in.

“You can go now, this interview is over,” says McGauns as he made a shoeing motion with his hand without breaking eye contact with a strippers chest.

The zoo will be holding a “yard sale” to get rid of some of the animals before they are transferred to other facilities.

“We can’t legally sell the animals to just anybody,” laughs Tampa Zoo Head Animal Wrangler Phalleetsia Wallace. “But, if someone has a really big yard and wants an elephant we wouldn’t say no to a couple stacks.”

All exhibit fencing that once kept the animals separate from humans will be removed to allow guest to play with the painted strippers.

“Let’s just say I’m going to finally get my money’s worth on my yearly pass,” said one very drunk man I met in front of the zoo.

Ticket prices will remain the same, but hours of operation will be to updated to accommodate the nocturnal nature of the strippers.