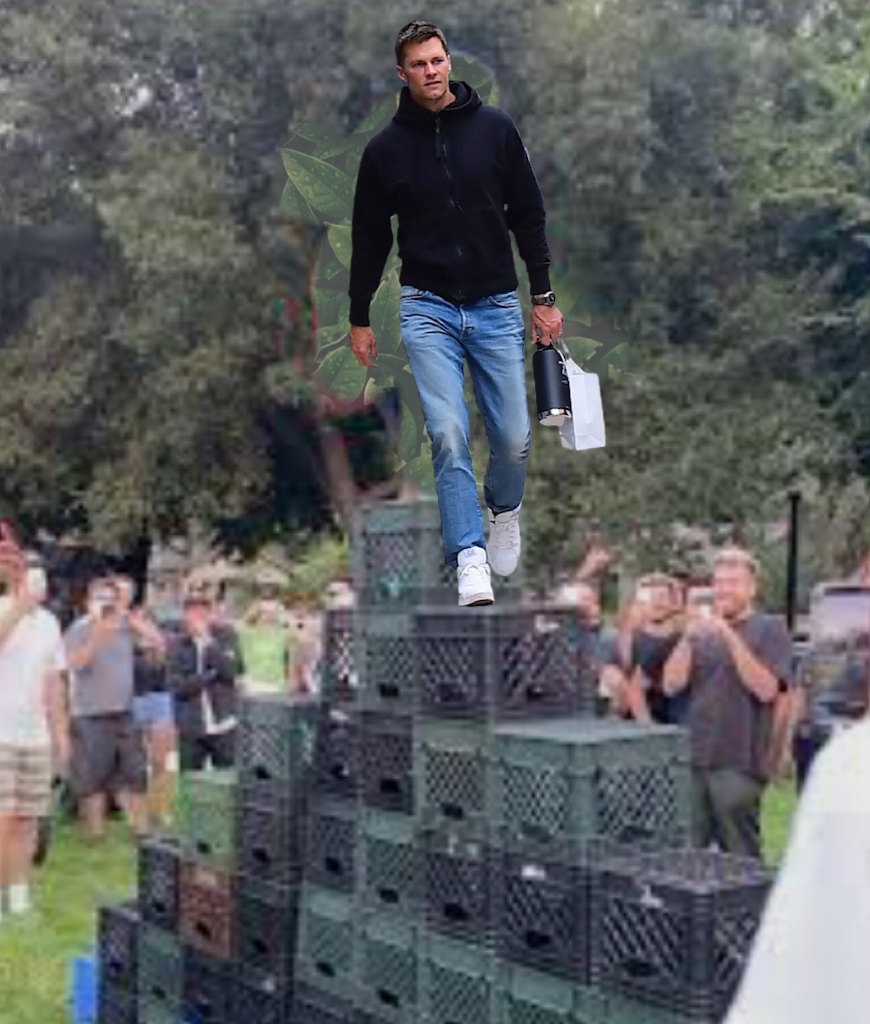 Tampa Bay Buccaneers quarterback participated in, and successfully completed the Milk Crate Challenge on Tuesday at Copeland Park in Tampa.

The trending fad consisting of stacking milk crates in a kind of pyramid/staircase configuration that people attempt (and usually fail) to climb and descend has resulted in videos on social media platforms with over 90 million views, as well as a number of serious injuries suffered by participants.

Brady showed up Tuesday afternoon and approached the stacked crates without hesitation.

“I thought, ‘Old man pretty boy finna get messed up!’ and I started recording on my phone. I’d been watching people bust they ass all day”, said Ronald Espinoza, who witnessed the display. “But he just walked up one side and down the other like there was nothing to it. Of course he did. Friggin’ Brady, man. Can’t never count that man out.”

Organizers attempted to pay the seven-time Super Bowl champion a $100 cash prize for successfully completing the task but he just continued walking.

“I didn’t realize it was a competition”, said Brady. “I just saw the stack of milk crates and thought, ‘I bet I could walk over those’, and of course I could, so I did. Easily.”