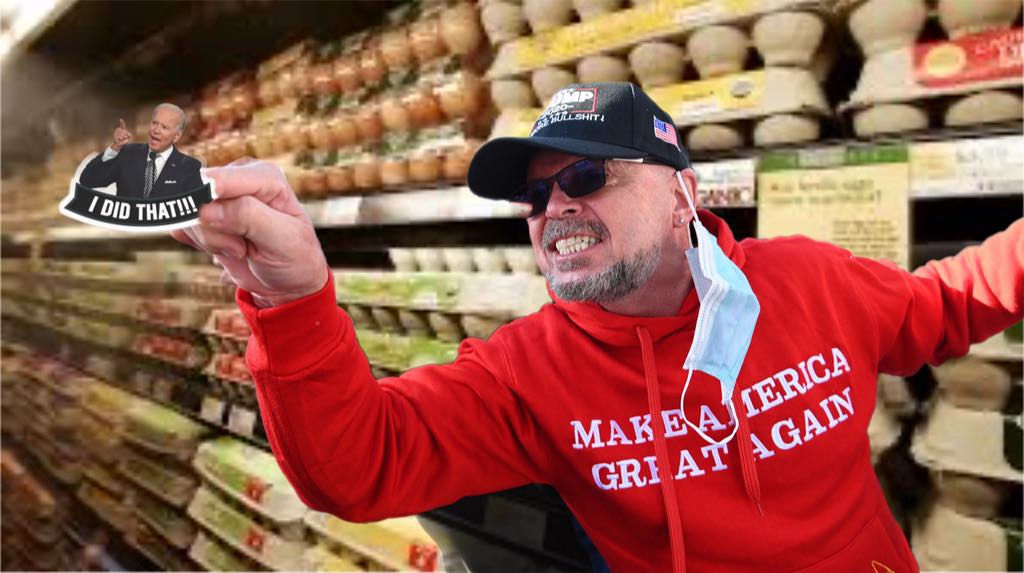 A man was spotted placing stickers saying “I DID THAT” with a picture of President Joe Biden on them on cartons of eggs at the Publix grocery store at 2724 W. Hillsborough Avenue in Tampa yesterday.

“Hey, get out of here! You can’t do that!” said a grocery bagger at the store.

“Why the hell not?” asked the man. “I’m an American and the Constitution says I have the right to express my opinions, especially when my opinion if the truth!”

“Listen, man. There’s, like, a rule against in here or something,” said the bagger. “I don’t know. Just… get out of here. I don’t get paid enough for shit like this, okay?”

Later, in the store’s parking lot, the man was asked to explain his behavior.

Reached for comment later in Washington, President Biden said, “Is he trying to say I lay eggs? I don’t lay eggs. I wish I did. These things are crazy expensive right now.”