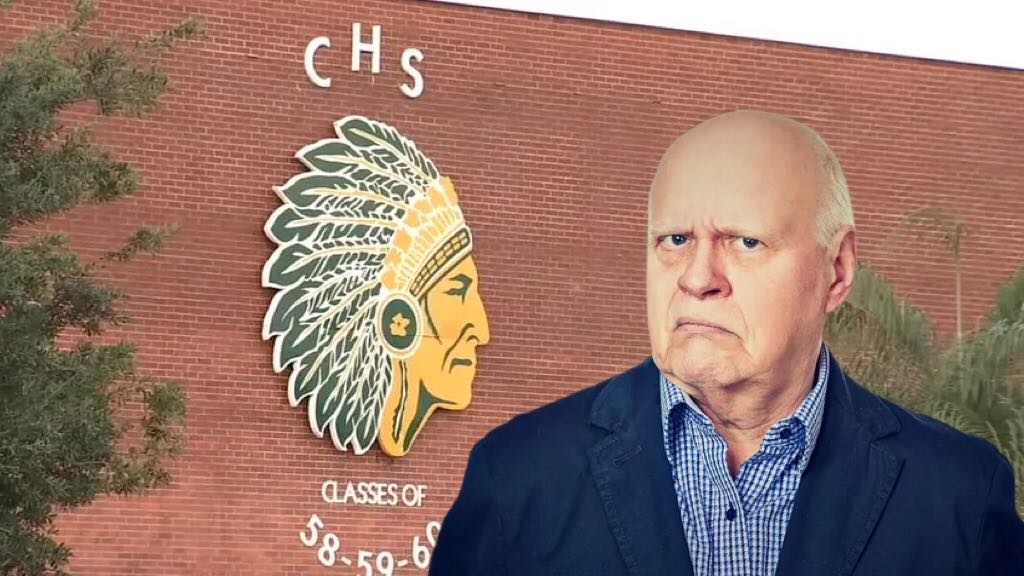 Following a 5-1 vote by the Hillsborough County School Board to change the name of the Chamberlain High School mascot from “Chiefs” to something else, one former graduate is very upset with the direction being taken by his alma mater.

Cliff Kleets, c/o 1960, who hasn’t set foot on the school’s campus since graduating said, “‘Chiefs’ is not a derogatory term. It’s not an insult to Native Americans, it’s an honor because we, the non-Native Americans who like it say so. How dare they not accept an honor bestowed upon them by us!”

Supporters of the change say the current student body feels it’s time for something new.

The Title VI Native American Parent Advisory Council requested the change. As a result, Chamberlain High’s Student Government Association (SGA) were tasked with investigating the situation. The SGA consulted with Native American groups, spoke with past alumni and surveyed students. Of the 418 students polled, 58 percent said they believed the mascot and past traditions were offensive.

“Who cares how the students who actually attend the school feel about it?”, queried Kleets, who hasn’t attended a single homecoming or sporting event or any of his class’s reunions since getting his diploma 62 years ago. “My kids didn’t go there, my grandkids aren’t going there. We don’t even live in Tampa now. But you can just imagine how upset I’d be if I did have anything invested in what goes on at that school!”

He went on to say that the situation is symptomatic of a bigger problem in America.

“I just don’t understand kids these days. Bunch of overly sensitive snowflakes. It’s a sorry state of affairs and and I absolutely hate how fewer and fewer things in this world are being geared to suiting me and my desires!”

“It’s just not fair in that I don’t like how it makes me feel.”