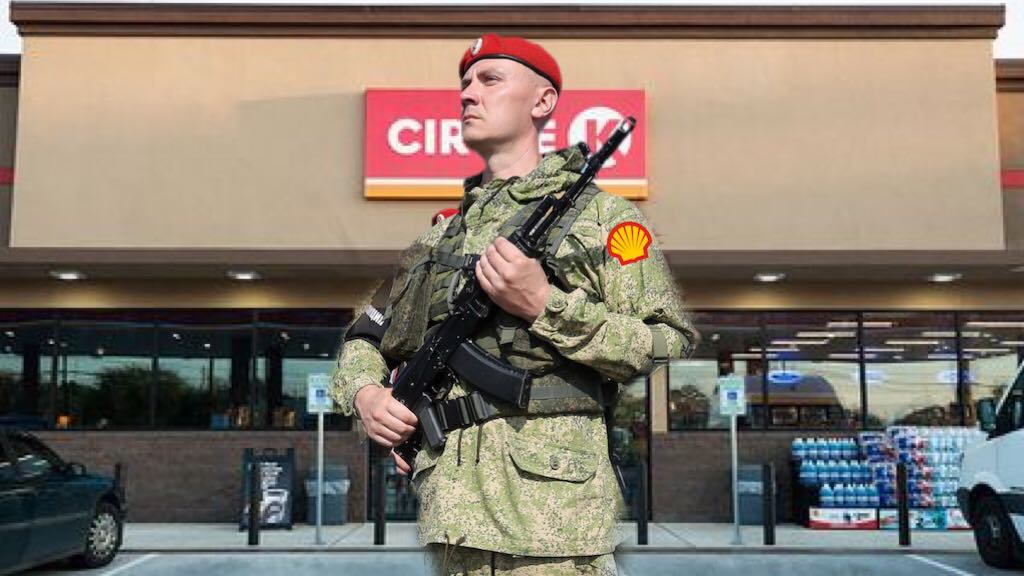 The Shell Oil Corporation is reporting that the 100,000 metric tons of flagship Urals crude oil it purchased from Russia at a significant discount is being routed to a specific Circle K location in Tampa.

According to Shell, the controversial transaction which has drawn worldwide scorn and criticism was supposed to at least partially benefit Ukraine through some sort of charitable relief effort but will now see a convenience store and gas station at the corner of Hillsborough and Lois Avenues ending up with a huge surplus of unrefined petroleum product. Shell cites “a paperwork goof-up” as the reason for this, a claim being refuted by the highest levels of the Russian government.

“That’s number one bullshit,” said Russian President Vladmir Putin. “The whole deal was contingent on it going to that Circle K because it’s newly opened and I wanted to help them get their business off the ground. And everyone knows there’s no better promotional tool for a gas station than cheap gas.”

When asked why he had such an interest in one specific convenience store in Tampa, Florida, he replied, “Monitoring the American convenience store industry is a hobby of mine and I’m a fan of Circle K. They’re not all uppity like 7-Eleven or Racetrac. And don’t get me started on the bourgeoise elitist snobs at Wawa. Also, I don’t really have much going on right now.”

Meanwhile Circle K manager Darryl Fortnight said, “What I’m gonna do with 100,000 metric tons of unrefined crude oil product? I guess I’ll have to break down the Mountain Dew display in the lobby to make room for it. Shit.”