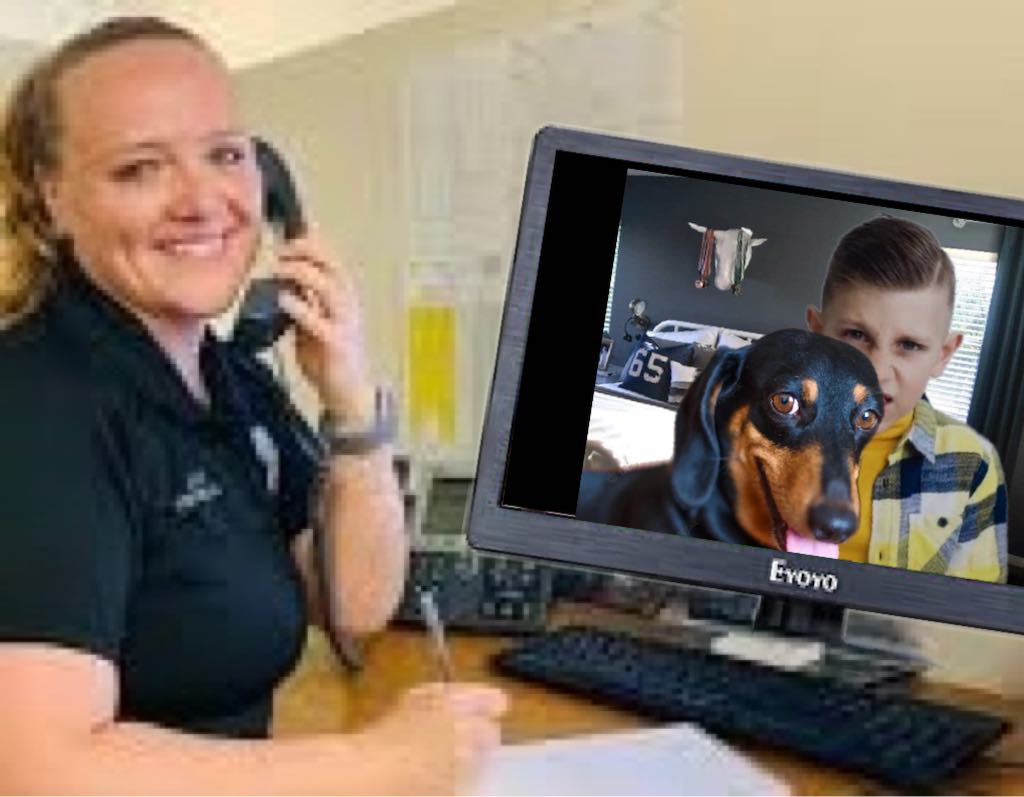 Plans for a public school mass shooting were thwarted by a plucky pooch in Palma Ceia!

A young man whose name is being withheld by authorities due to him being a minor who never actually carried out a crime but is named Calvin Mooshtock was in the middle of broadcasting a threatening message about what he planned to do on the first day of the upcoming school year via his TikTok account when he was interrupted by his family’s dog. We have obtained a transcript…

CALVIN: The hour of reckoning will be upon us soon and those who have disrespected me and Donald Trump will know the taste of hot, leaded vengeance. The halls of {SCHOOL NAME REDACTED} will run red with the blood of…
DOG: Woof, woof! Arf!
CALVIN: Puddles, move! I’m in the middle of something really important!
DOG: Grrrrr! Arf, arf!
CALVIN: Move! You’re right in the way of the camera!
DOG: Woof, arf, woof woof!
CALVIN: Mom, would you please come get Puddles? He’s ruining something important to me!
MOM (off camera): How many times do I have to tell you, his name is The Most Honorable Sir Puddles Paddywack! Show some goddamn respect, you unceasing burden!
DAD: Keep disrespecting that dog and I will come in there and take a layer of skin off of your constantly disappointing backside, Calvin!
PUDDLES: Arf arf!
CALVIN: Forget it. I can’t do this
(Transmission ends)

The public can relax now that a kid who means less to his parents than a dog will now just go back to spending a lot of time lying in bed, staring at the ceiling and thinking about that. Problem solved. Whew! That was close!