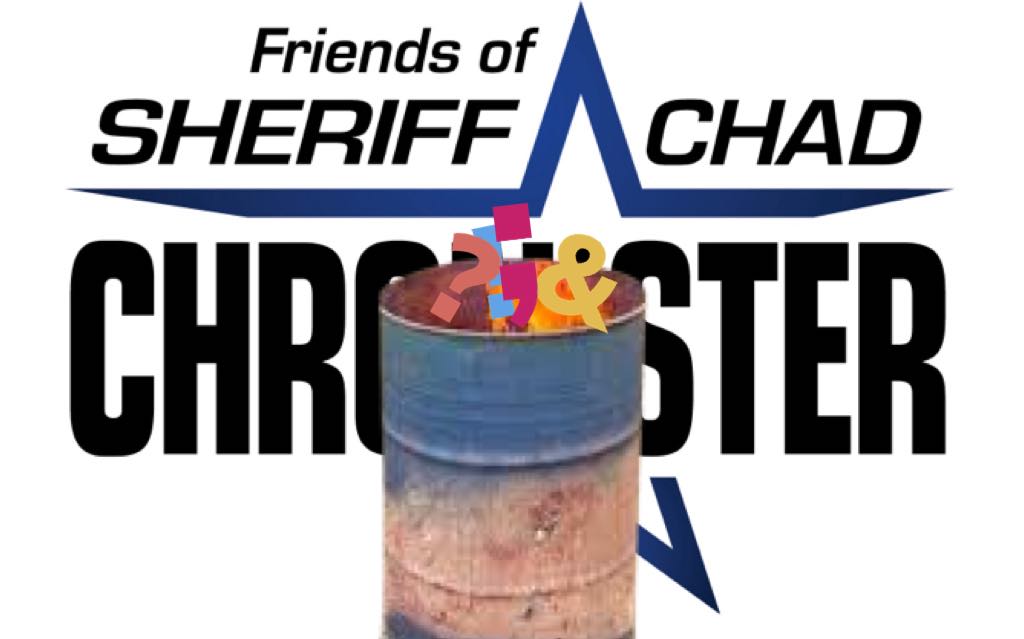 Friends of Chad Chronister, a political action committee that supports Hillsborough County Sheriff Chad Chronister, recently announced a campaign event that signals the beginning of fundraising for the sheriff’s re-election campaign as well as an effort to re-purpose punctuation.

You are cordially invited to join Sheriff Chad Chronister for an unforgettable night of rock’in, country, and cocktails on November 20th from 6-10 pm. There is limited availability for this exclusive event so secure your tickets at the links below today!

The curious, creative placement of apostrophes in both usages of the word that would normally be spelled as rockin’ caught the attention of many.

“This is clearly yet another thinly veiled attack on literacy and education,” said Cheryl Nettles of Temple Terrace. “Also probably science like the existence of climate change, while they’re at it. Typical. I’ll bet they’ll be burning books at their little redneck hoedown BBQ rally! Typical!!”

“We will NOT be burning books!” Said committee chairperson Donna Lusczynski emphatically. “That’s something associated with what Nazis do and we strongly resent the implication. If anything, this event is definitely anti-Nazi. Specifically grammar Nazis.”

“I support this 100%. Utilizing the English language properly is elitist,” said Florida Governor Ron DeSantis. “We have been blessed with an abundance of various punctuation symbols and marks and we sho’uld &njoy the G*d-gi^eñ right to uße; them however (we) wänt.”