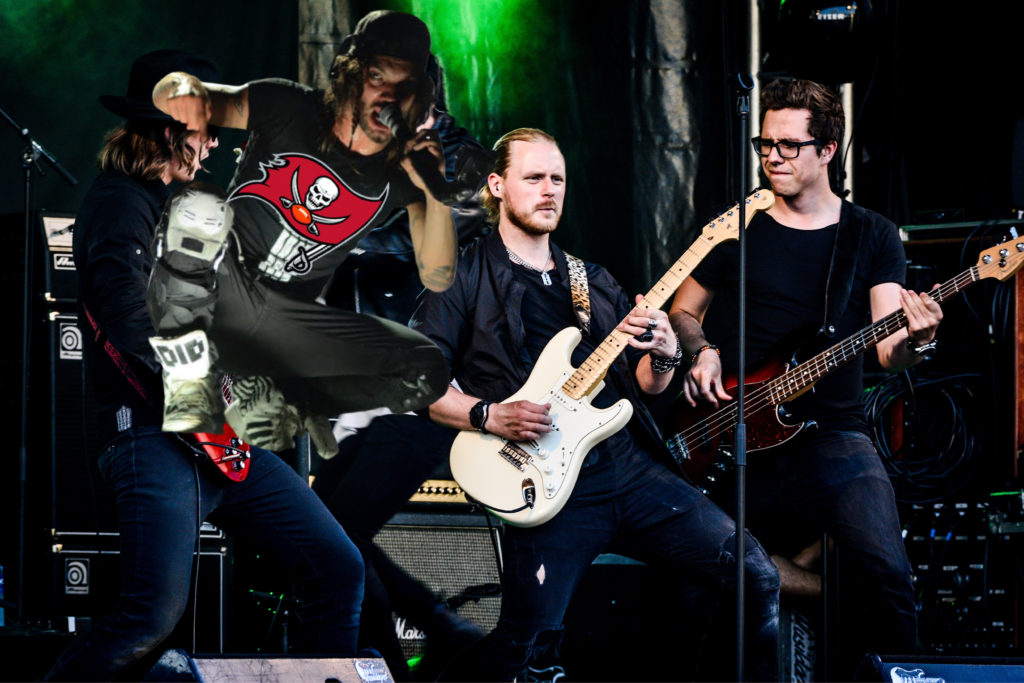 The Buccaneers making it to Super Bowl LV has many Tampa Bay residents fired up, including one particularly awful local band.

“Any time a team makes it to the Super Bowl, bands in that team’s town write and record an anthemic hype song for fans and players to rally behind”, says Corey Slinkter, front man for an utterly uninteresting and unnecessary band known as SML from Dunedin. “Now it’s our turn to join the ranks of the ‘The Super Bowl Shuffle’ and others that probably must exist.”

“No, it’s not short for ‘Smell’. I wish people would stop saying that. We used to be known as Small, Medium and Large when it was me and two of my friends from community college. At the time, we were a 90’s style R & B vocal group like Boyz II Men. But we’ve changed direction very recently and now we’re a much harder, bigger, fully fledged band. We’re Slave Monkey Labor”, he said. “It’s topical and also SML is what’s already printed on all the merch we still have from our initial order back in 2014.”

He said the Bucs and the Super Bowl berth are a perfect match for his aggressively dreadful band.

“We’re mostly considered a speed grunge punk metal glam rap hardcore band with just a hint of screamo. But if there’s one style we strongly identify with, it’s definitely pirate football rock”, he said. “It’s an extremely niche genre. It pretty much consists of just us and a band called The Flaming Drew Garabo Experience and they’re booked in Sarasota all month. Their loss, our gain!”

The song, titled  “We Will Buc You In Your Buccin’ Face” was written by Slinkter and will be released later this week.

“It’s over seven minutes long and features lyrics that mention cannons, walking the plank, flags, Tom Brady, Gronk and Lavonte David and lots of words that rhyme with all those things  over some crunchy guitar riffs”, he said. “One of the things I’m proudest of is that I rhymed ‘plunder’ with ‘thunder’, which means we can use it for the Lightning too!”

He said he feels that this is the opportunity he and his tragically delusional and comically untalented band mates have been waiting for.

“We haven’t had any success whatsoever on Spotify , Band Camp, Apple, Sound Cloud or any platforms like that,” he said. “But I really feel that being made fun of on sports talk radio is the ideal format for us.”