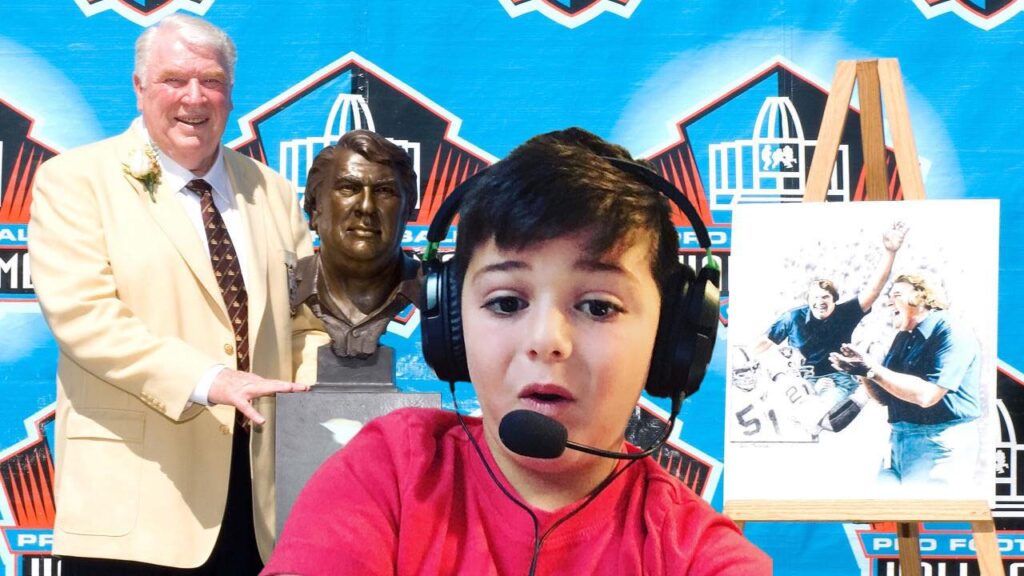 11-year-old Dieter Duckworth of Tampa was shocked and saddened by the news that NFL Hall of Fame coach and media personality John Madden died, mostly because he had no idea that the video games he loves so much were named after a living person.

“That was an actual guy? Seriously?”, Duckworth said upon learning this fact. “Huh.”

Madden passed away Tuesday at the age of 85. He coached the Oakland Raiders, making it to seven AFC title games and winning the Super Bowl following the 1976 season. He compiled a 103-32-7 regular-season record, and his .759 winning percentage is the best among NFL coaches with more than 100 games. He went on to greater fame as a TV analyst after retiring from coaching at the age of 42, winning an unprecedented 16 Emmy Awards for outstanding sports analyst/personality and covering 11 Super Bowls for four networks from 1979 to 2009. Even greater prominence came in 1988 when he was chosen to be the namesake for EA Sports line of NFL video games, John Madden Football, which was later re-named Madden NFL. Those games comprise arguably the most popular and successful video game franchise of all time.

“Wow, I had no idea”, said Duckworth. “I’ve been playing these games my entire life and just never knew. I never realized ‘Madden’ was a person’s name. I thought it was just some product brand name not connected to any living, breathing person, like Reebok or Jordan.”

“I know that ‘All Madden’ is Latin for ‘Very difficult’.”

He added, “I just love the Madden games so much. They’re the best! I’ve gotten really good and have had so much fun playing them. I’m really sorry Mr. Madden died. I wish I could have had the chance to thank him for making me so happy.”

Duckworth said he intends to honor Madden’s memory and legacy the best way he knows how; by staying up until 3am, playing the game tonight to the best of his ability and calling whoever his opponent is a faggot.