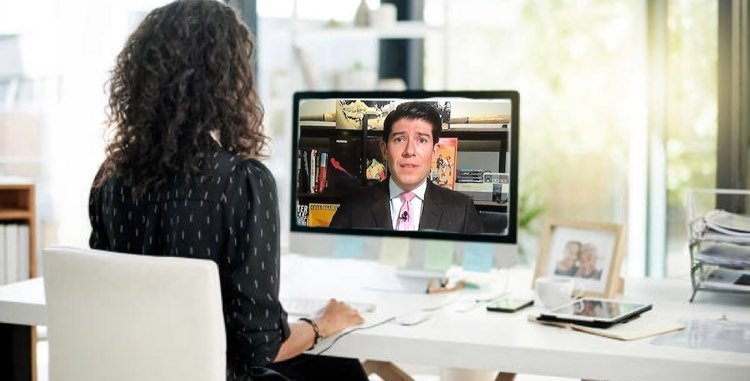 Rich Strikeforce of Tampa is returning to work in his office at Systematic Business Systems Inc. in downtown Tampa for the first time in over two years and is really sad about no longer working from home.

“This sucks. I don’t mean having to go back to the office, per se; I don’t mind working in the office,” he said. “But look at my Zoom background! Look at it!”

He went on to say, “I thought that one of the few positive aspects of the whole pandemic was learning that a lot of the old established business practices, like in person meetings, were still necessary. That’s why I put so much work into crafting my Zoom background, to get it just exactly right for online meetings… and now I won’t even be able to use it anymore!”

He gestured to the shelf behind the chair in his makeshift home office which had a number of carefully arranged items. Books including “The Sun Also Rises” by Ernest Hemingway, “The Art of War” by Sun Tzu and “Fear and Loathing in Las Vegas” by Hunter S. Thompson. Record albums including “Legend” by Bob Marley & The Wailers, “OK Computer” by Radiohead and “Pithecanthropus Erectus” by Charles Mingus. There was also an original Nintendo NES and controllers, a baseball signed by the 2004 Clearwater Threshers and a Donatello Teenage Mutant Ninja Turtles action figure.

“It was the perfect mix of things to suggest how complex I am, a mixture of playful whimsy contrasted against serious, highbrow artistic depth and feeling,” he said. “But we’re not allowed to have all that stuff in our cubicles! Without this superficial glimpse deep into my inner self, how is anybody at work supposed to know how cool I am?”

“The days of everybody looking at me during a staff meeting and wondering, ‘wow, who is this guy?’ are over,” he lamented.

“Well, I guess that’s kind of the same thing,” he said.