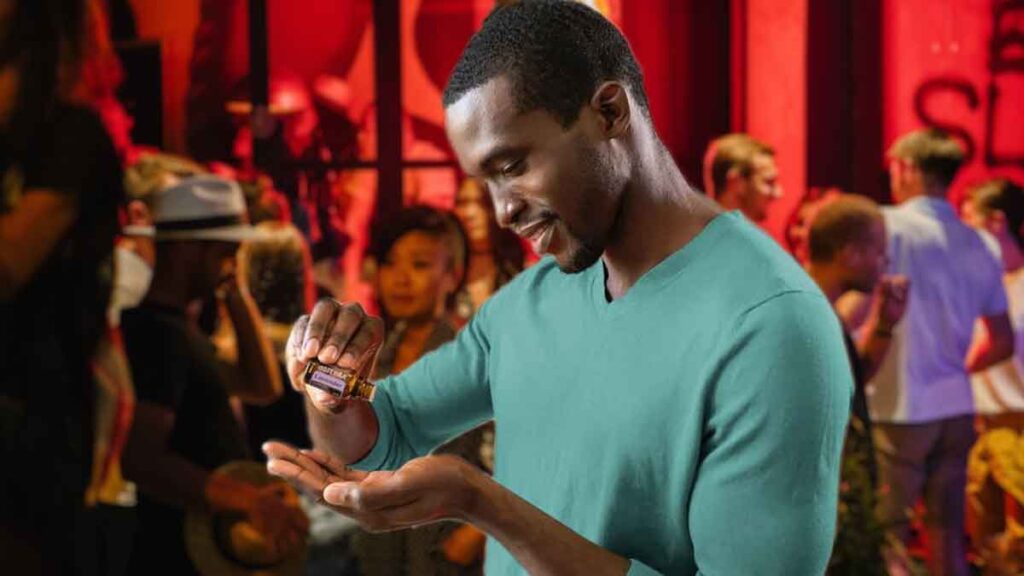 In recent years, the oiler community has seen an increase in the use of essential oils at their local gatherings. These meetings of sexually suppressed males exploring group self-stimulation has grown beyond its humble beginning in the aftermath of a fraternity party in the south east back in the mid-2000s. What was once thought of as a “stays in Vegas” kind of activity, is now a national hit.

Their practices involve applying lubricating oils to the outside of their outfits made from trash bags and creating a modulating human pile often leading to sexual release. “It is a great compliment to my sex life at home. My wife is no longer exhausted having to solely address my sexual needs, and she is glad I’m making friends,” said one oiler.

Some creative “oilers,” have found a safe, fun, and healthy way to spice up their gatherings. It all started one night when an oiler who had recently become a Healthy Living Coach with Dying Young Essential Oils decided to replace their typical lubricant with Lemon Oil. They found that this simple change generated greater peak experiences for most of the attendees. “It helped us to stay more alert during the session and several reported lowered blood pressure afterwards,” reported a seasoned oiler present at this initial session.

These advocates claim that the quality of the oils are evident in the fact that all other essential oils on the market would cause the plastic garments traditionally worn at these parties to degrade. The President of the Association of Self-Stimulators (ASS), Ivan Yakinof, states “All other Lemon oils contain caustic molecules that breakdown the chemical structure of our Safe-Tee Garments. But Dying Young has figured out a way to make oils that have no molecules whatsoever! This is a revolutionary step in the industry.”

Oilers then started experimenting with all of the Premium Energizing Naturopathic Integrated Standard (PENIS) oils in the Dying Young line. When this trend began in the summer of 2013, oilers began to explore more of the citrus and fruit oils for their ability to “help energy rise in the body, particularly in the places that matter the most,” one oiler shyly admitted. But then in the winter of 2013, several oilers in the midwest branched into using Cinnamon Bark and Clove Bud for their warming abilities as well as helping to prevent colds and flus. “I don’t even go see my doctor anymore. I thought oiling was just for recreation but now it’s the main hub of all my healthcare practices as well as for my family,” reported one oiler from Utah.

“My favorite is frankincense. Just by using it in my oiling sessions, I was able to cure cancer in several attendees,” reports Yakinoff. ASS is now funding several studies in the curative value of neat injection of Dying Young’s Frankincense oil for rectal cancer and other related diseases.

However, there is some controversy surrounding the safety of these practices, both mentally and physically. Some believe oilers to be “sick in the head” and in need of professional help, while others believe this is a perfectly healthy way to maintain a deep connection with oneself and others. Any belief that this practice transmits a variety of diseases is dismissed by oilers who make claims of the healing benefits of the oils used. All officially sanctioned oil parties only use the highest quality oils from Dying Young Oils, a company who claims their oils are unsurpassed in the market. Not only are these oils believed to cure all known diseases to man, they are working on a line that will be effective on females as well.

“We are all going to die, so why not spend your life with Dying Young and have fun while you’re at it,” said one oiler advocate.

Contact the Association of Self-Stimulators to find an oiler party near you.

View all posts by Terra Doe →