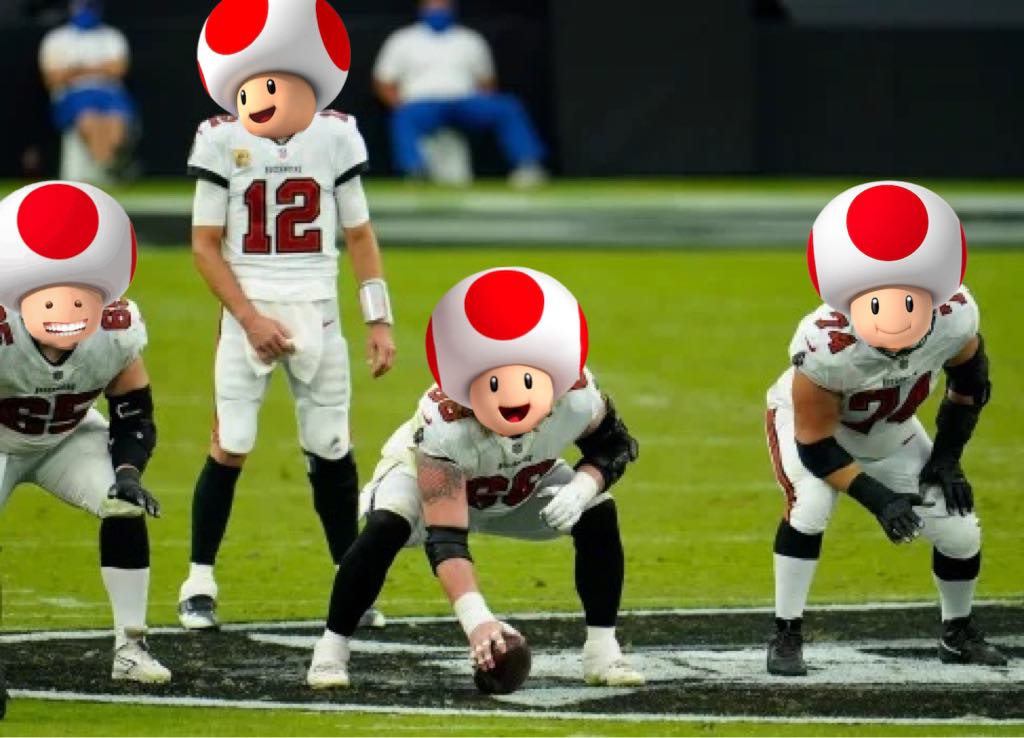 When the Tampa Bay Buccaneers kick off the 2022 season tonight in Dallas against the Cowboys, they’ll be sporting new helmets, designed by the Nintendo corporation for maximum protection against head injuries.

“Nobody is as ahead of the curve in terms of protecting their characters more than the video game industry,” said Mike Rivers, Buccaneers Player Safety Advocate. “Did you know that you can come all the way back from getting killed in some games? You can get blown away by a machine gun and bounce right up and get back in the game like nothing ever happened!”

“These new helmets are pretty great,” said quarterback Tom Brady. “When I throw a ball up high where Mike Evans has to leap to grab it, I don’t have to worry about exposing him to risk of being injured. He’ll pull it down for a touchdown along with some gold coins.”

The helmets were tested extensively against 300-lb defensive tackles as well as coconuts, banana peels, turtles, barrels. On artificial turf, natural grass, under water and in a subterranean realm with fire bars.

“Leonard Fournette jumped right on top of my head during a scrimmage the other day,” said linebacker Lavonte David. “I bounced back and forth between a big metal pipe and a brick wall a couple of times, but wasn’t hurt at all.”

“Whether it’s rescuing a princess or winning a Super Bowl, we always want to take every step possible to provide our players with the resources necessary to accomplish their goals,” said Rivers